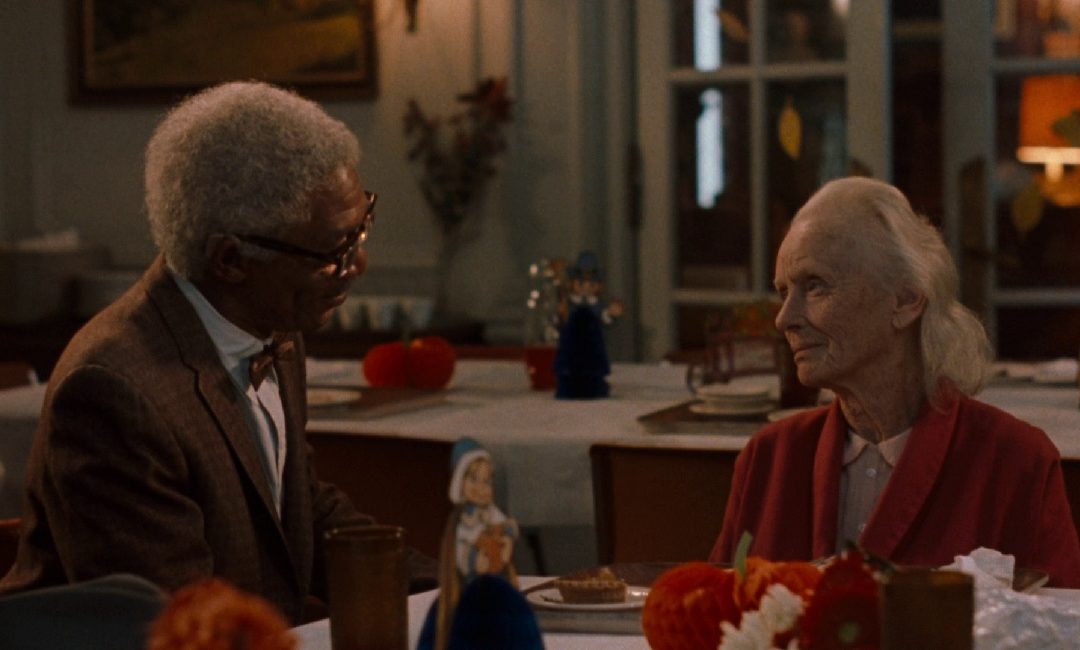 It’s a movie about friendship. An unlikely one, between an old Jewish woman who prides at being self sufficient and her black driver who is just desperate to keep that job.The movie starts off with Daisy Werthan (Jessica Tandy) having a car accident after which her son Boolie (Dan Aykroyd) refuses to let her drive, using insurance as an excuse. He hires a chauffeur, Hoke Colburn (Morgan Freeman) against her mother’s will, informing him on the first day itself about the fact that irrespective of what his mother says, she doesn’t have the right to fire him. Daisy Werthan is introduced as a 60 year old rich Jewish widow, who hates being referred to as rich. She hates the idea of having a servant and treasures her modest upbringing and her unprejudiced nature, sometimes too much to his son’s discomfort. It’s a pure pleasure to watch her rant at everything that Hoke tries to do, hoping that he’d go away. But he doesn’t. He is a patient man who knows how to get around people which he eventually does with her too. Sometimes, during the beginning, it’s almost like watching ‘Taming of the shrew’ only without any romance.

The movie works because of the fantastic characterisation of Miss Daisy played superbly by Jessica Tandy, who also won an Academy Award for her performance. She makes the character irritating, strong and still approachable at the same time. In one of the scenes, she is left alone in the car for a few minutes at night while Hoke goes out to pee. You can almost see the fear on her face as she calls for him a few times and then pretends she wasn’t scared as soon as he appears. She is strong yet vulnerable, something that her son and Hoke know very well. Morgan Freeman is a pure pleasure to watch. Nobody could have played that role better than him. His character relaxed, at ease with everything around him, yet aware of how to go about doing things. He listens to Ms Daisy complain about everything around her and yet goes about doing what he feels right. Dan Aykroyd as Boolie Werthan (Ms Daisy’s son) is fantastic and brings about the complexities of being the son of a woman who is so strong and particular about what she wants. It’s a pleasure to watch him deal with both his mother and his wife, both of whom are very strong headed women. He is casual and sometimes irritated but hides it under sarcasm and humour.

The music by Hans Zimmer is soft and light keeping the tone of the movie intact. Director Bruce Beresford does well in bringing about the movie to life from a play written by Alfred Uhry. Uhry won the Pulitzer Prize for it and also wrote the screenplay for the movie.

The movie has a beautiful message of harmony and acceptance. The three lead characters of the movie are so different in what they think and how they behave. Yet they accept each other and move on in turn finding companionship and form a strong bond based on mutual respect. It’s a light hearted movie that will make you smile and maybe for a few of you even remind you of your own mothers who are always complaining about how things should be but who we still love so much!