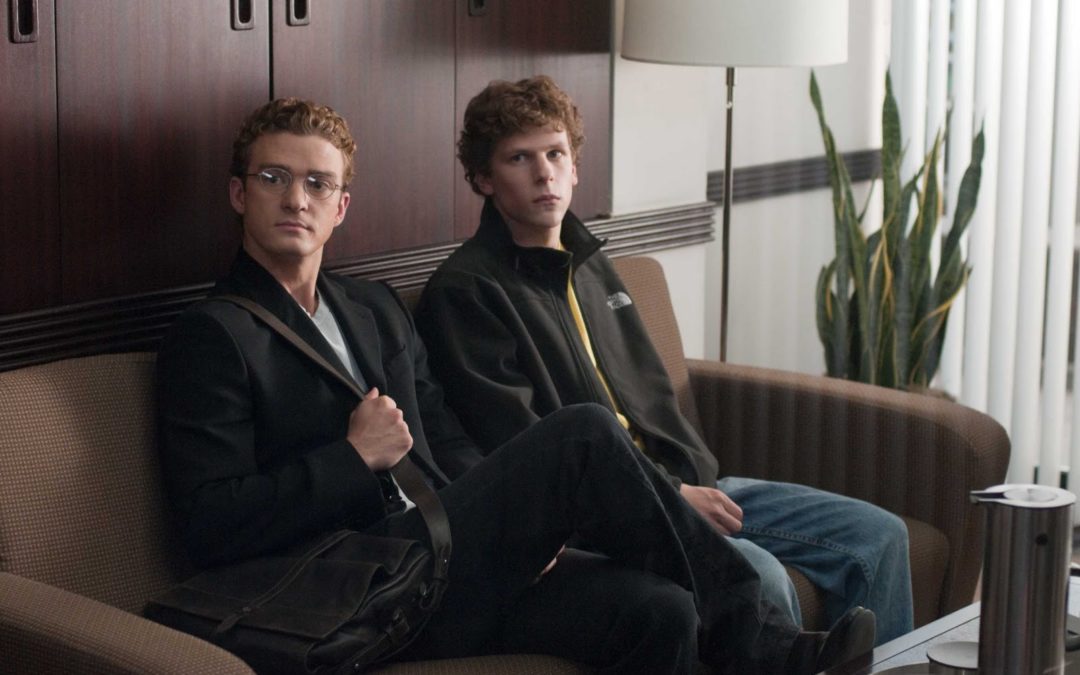 The Social Network, based on the life of Mark Zuckerberg, the founder of Facebook is more than a biopic. And not just because Zuckerberg has rubbished the movie as a work of fiction rather a bio. But keeping this aside the movie is really something more than just a movie because it is not based on technology but the use of technology. If technology was something to make a movie on, Bill Gates would have had a few motion pictures dedicated on him. Instead Mark find himself the centre of this motion picture which tells the world how he understood the world around him and changed it forever for this generation and many others to come.
The movie follows two parallel storylines of Mark (Jesse Eisenberg ) coming up with the idea, executing it and facing two simultaneous lawsuits. I don’t want to describe the entire movie, because more than just how he came up with ‘Facebook’. That was a fairly simple process which gets done by in the first 30 min. It is actually a subtle dig at what the site actually has made the world look like.
Eisenberg, who has earlier been seen in softer roles in Kick-Ass and Adventureland , plays the role of this lost genius who sometimes lets the power in his hand get the better of him. And he does it quite well considering he has this delicate face which screams innocence. Justin Timberlake, is quite a surprise in his role as Sean Parker, an original Napster founder. Andrew Garfield plays, Eduardo Saverin, Mark’s financier and CFO of Facebook, someone who is in constant competition with Parker for Mark’s attention and to also decide the future of Facebook.
The movie is mainly an ensemble story, which is told that way. There are no heroes and no villains and it is not an inspirational story either. The last scene where Mark sends out a ‘Friends request’ to the girl who was the starting point of this endeavour, waiting hopelessly for a confirmation says it all. I am not to judge whether it happened or not but it says out loud what it comes down to at the end. The Social Network, is a movie that is relevant because it draws out the process that has become a part of our everyday lives, so much so that some don’t understand the reason for the site’s existence. Watch it, because it accurately defines this generation.
Share karo yaar... tumhe filmon ki kasam