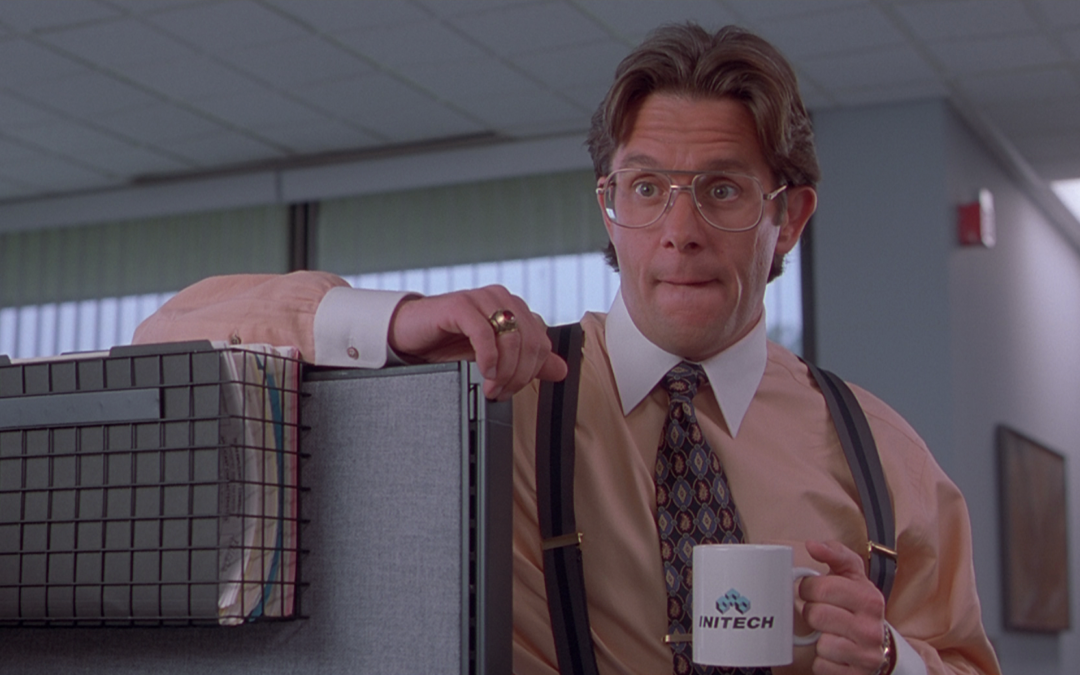 What I enjoy most about watching movies is the fact that they tell a story. While most tell an imaginary one, others are inspired from real life. And then there are those which while imaginary, feel more real than the air around you. This 1999 cult comedy is one such film. Written and directed by Mike Judge, this workplace comedy is as real as it gets. And while it came out in 1999, it is as relevant today (especially in India) as it was in USA when it released.

It tells the story of Peter Gibbons (Ron Livingston), a disgruntled programmer at a software company plagued by bureaucracy and management. His two work friends include Samir Nagheenanajar (Ajay Naidu) and Michael Bolton (David Herman), both of whom are equally frustrated with the work but prefer working to keep their jobs safe. The story takes a turn when the company brings in two consultants Bob Slydell (John C. McGinley) and Bob Porter (Paul Willson), to help with cutting expenses, mainly through downsizing. The movie also stars Jennifer Aniston who plays Joanna, a waitress who hates her job and is irritated by her boss. The rest of the movie follows Peter who due to a brand new attitude (thanks to a half complete hypnotic session) brings his workplace down, along with his friends.

The movie works because of the fantastic screenplay and the spot on characterization of not only the people but also the office environment. The moment that you enter the place, full of cubicles filled with computers and printers that don’t work, you know that you are known territory. The jackass boss who calls you at work on weekends, the ‘suck your soul’ management and most importantly the culture of promoting asslickers over real brains, it’s all there.  And the movie runs on the premise that we would know all this, because most of the screen time is given to the happenings after Peter’s transformation.

The movie has many memorable scenes but the one that I love the most is when Peter, Samir and Micheal together beat up a printer in an open ground, with baseball bats, after stolen it from the workplace. Having daydreamed about smashing some of the office computers myself over years, this scene is nothing short of magic. Also hilarious is Peter’s scene with the consultants, when he comes forth with exactly how he spends a day in the office. “Yeah, I just stare at my desk; but it looks like I’m working. I do that for probably another hour after lunch, too. I’d say in a given week I probably only do about fifteen minutes of real, actual, work,” says Peter. In that moment he speaks not just for himself but for a thousand other people who have gone through the same thing.

For those of you who get deterred by movies inspired from real life, thinking they are bore, please do take a look at this one. The reality in this one is limited to the ‘boredom’ that each one of us have experienced while working in an office where the computers are worth more than the employees.