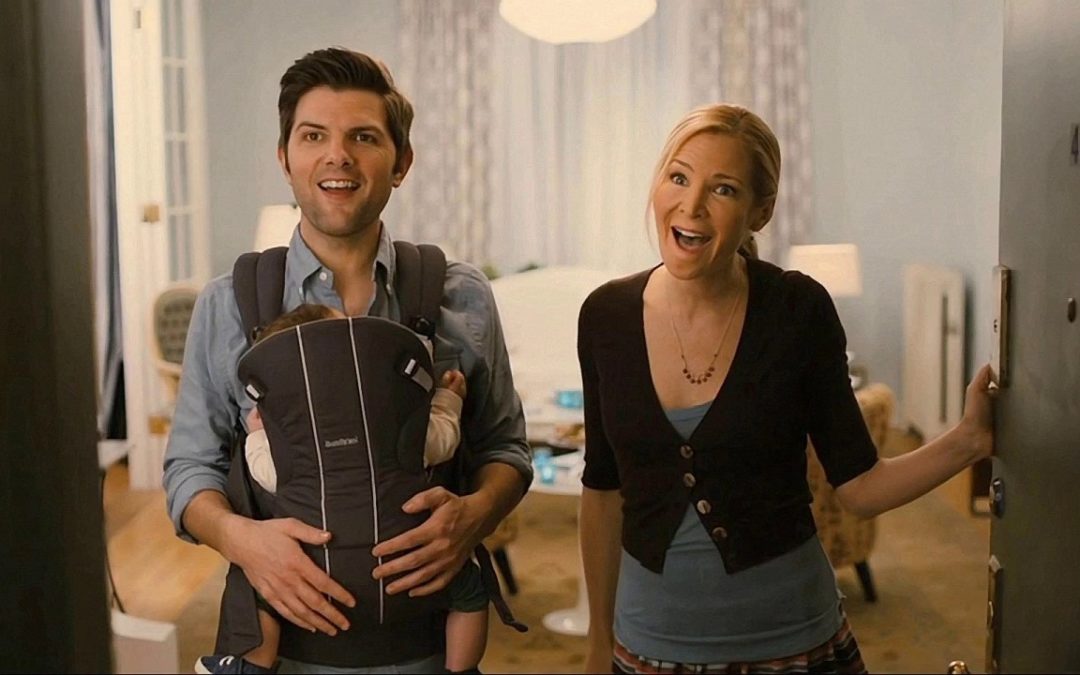 There are not many movies that I have seen twice in the same day because I was intrigued by the basic plot. Watching ‘Friends with Kids’ I was confronted with this very feeling. Marriage, love, relationships and children are a kind of eventuality that almost every one deals with and while cinema does often sell dreams about romance, there is almost never anything new to challenge the mind about how to approach live beyond what is present. And this is precisely where this movie scores.

Written and directed by Jennifer Westfeldt, the movie starts out almost explosively with the conversation between Julie (Westfeldt) and her best friend Jason (Adam Scott) after they are shocked by the transformation of their friends after having kids. Is this what the future holds?, they ask themselves. And rightly so. Does every marriage have to end in this drudgery where screaming at each other replaces romance. Why would anyone want to go through that?

The movie has 6 secondary characters other than Julie and Jason. These include two couples, Missy (Kristen Wiig) and Ben (Jon Hamm) and Leslie (Maya Rudolph) and Alex (Chris O’Dowd). Mary Jane (Megan Fox) and Kurt (Edward Burns) act as the romantic interests of Jason and Julie respectively. In the movie, each of the characters paired together provide a take on different kinds of relationships that people are seen in. And while in the end, the answers to a long lasting relationship is the same as has been for thousands of years (but not repeated in many movies), it is interesting watch this social experiment that the characters in the movie embark upon.

The heart and soul of the movie is Westfeldt who has written, directed and acted in the film. Earlier seen in ‘Kissing Jessica Stein’, also written by her, she again takes a simple relationship and turns it around into an interesting watch. She is ably supported by Scott as her best friend. The banter between the two and the chemistry they share is one of the high points of the story. The movie is a mix of the cast of ‘Kissing Jessica Stein’ and last year’s hit ‘Bridesmaids’. But the supporting characters don’t really get much to do but provide sketches of different relationships. Rudolph and Chris O’Dowd do have some moments as a married couple going through a tough time with their kids but the movie never steers away from the main two protagonists.

There are a lot of movies that have a very interesting premise but which is only taken to mediocrity when played out. It does sustain the audience’s attention but because they have invested in the first 15 minutes of the movie. ‘Friends with Kids’ also relies very heavily on the premise but the scenes between the various characters are still kept very fresh and chatty for you to not lose interest. You don’t even care for the end when it comes to this movie because you already know the end. It is the rest that you want to watch. I would have killed for a different end though. It would have made this movie into a delicious trifle instead of the chocolate cake that it is right now. But as I said it is still a chocolate cake, worth a bite.