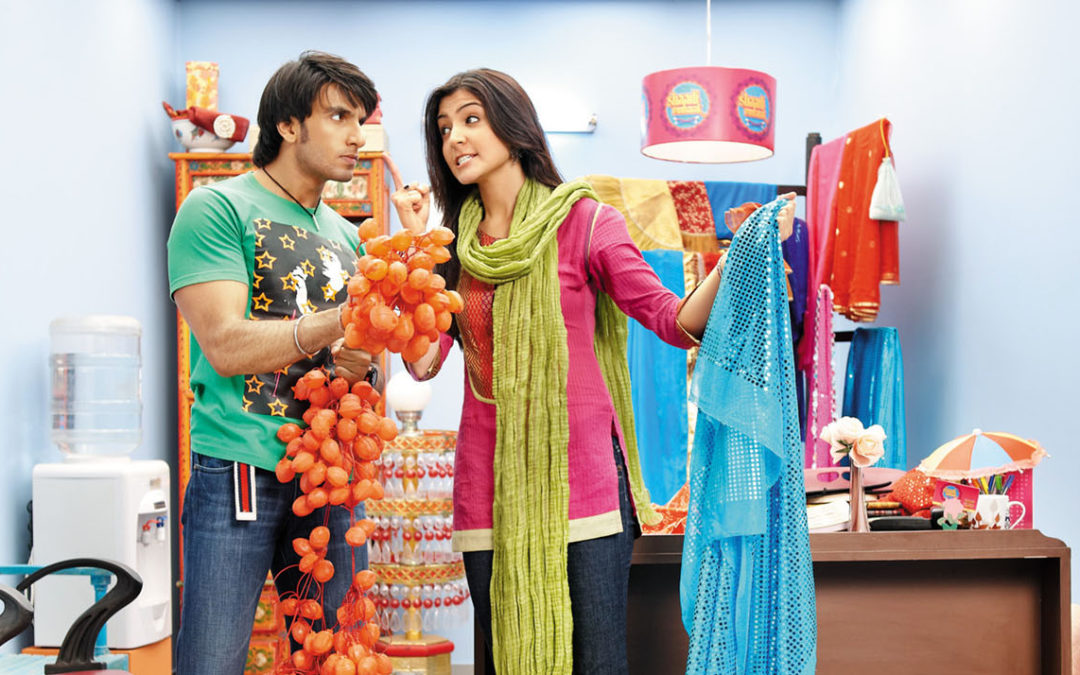 For those who have still not seen this charming movie, I would use the last day of the year to explain what you have missed. Keeping aside my immense love for Dilli and any actor who can get the janakpuri dilli chap accent right, this movie is truly the only realistic romantic comedy to have hit the screen in a long time. ‘Jab We Met’ was enjoyable but the characters had no other concerns in life other than their emotions, which is how the romantic stories in Bollywood have being told for a long time. Even in cult movies like ‘Dil Chahta Hain’ no one really cared about their life and career, but only their love life. Love stories have always been the forte of rich kids with no concerns.
BBB not only talks about love but also life. Telling the story of an ambitious girl Shruti (Anushka Sharma) and an ambitionless but charming dehati, Bittoo, it depicts a love story in the most mature way I have seen on screen. The chemistry between Shruti and Bittoo, is fresh in many ways. It is never denied that Bittoo was attracted towards Shruti but is averse of her firebrand, overambitious nature, which reduces his interest to just friendship. And Shruti never judges Bittoo on this. After all, ladki pe line maarna to har ladke ki aadat hoti hain!
Their relationship soon settles in a very comfortable zone of friendship, their business flourishes on the account of their street smartness and dedication, until of course the interval.  Confused sentiments and sex are one of the most commonly used tools to break up a relationship, on screen and off screen. And that is the case here too. Shruti suddenly sees Bittoo in a new light while Bittoo, thinks of it as nothing else other than just a kaand. The aftermath is not pleasant. Especially for their business.
Why BBB works is simple. It goes to the basics of good filmmaking and relies on everything one needs for a good film. A simple yet interesting storyline, multilayered, imperfect yet lovable characters, dialogues that speak the heart of the characters and actors who do full justice to the writer’s work. In addition, there is great music and colourful cinematography to keep you interested. Anushka Sharma is a delight. Ranveer Singh is a revelation. Noone has played a dilli ka launda and laundi on screen like these two have. Kudos to Maneesh Sharma for making a great movie. For someone like me, it was like I was back in the city for those 150 minutes.
This movie is a treat to watch. Don’t miss it for any reason.
Share karo yaar... tumhe filmon ki kasam