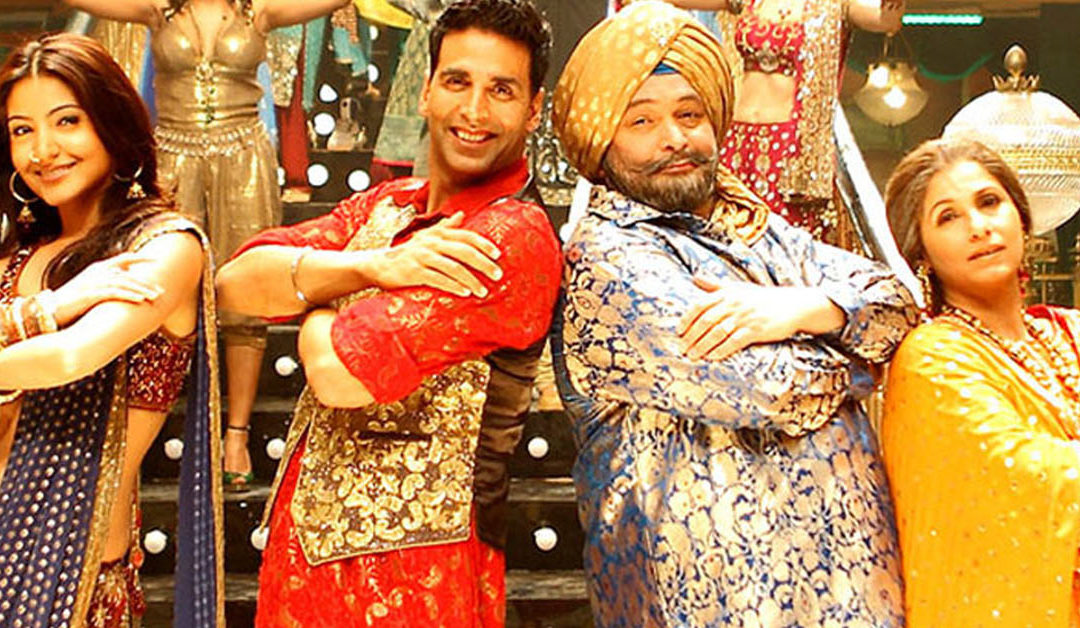 Ok. I was surprised to see myself sitting alone watching the first day show of an Akshay Kumar movie. But i went in only for one reason. Thought since Anushka Sharma is in the flick so possibly it would have a storyline, since the same can’t be said about Akshay. So anyway…. I was somewhat right.
The movie revolves around a big fat Sikh family, with Gurtej Singh Kahlon otherwise known as Bauji (Rishi Kapoor) having been one of the prime players in reducing the racist attacks against Sikhs in London. As a result, his image and his ideals become more important to Bauji than his own family. Like most people in powerful positions, he stops seeing beyond his own mind, thinking he knows the best. It is quite a uni-dimensional character but serves the purpose of creating terror in one and all in the family.
Akshay Kumar plays Parghat Singh Kahlon (Gattu), a one time junior level cricketer who had shown much promise as a bowler but stops because his father can’t fathom him playing for the English team. A young Gattu doesn’t have the strength to go against his father with no support from any member of his family and settles for a mediocre life as a shopkeeper. His life changes when Simran (Anushka Sharma) enters his life and pushes him to play again.
The strength of the movie lies in the tension created on screen, on Gattu’s face and on the faces of all the members of the family because of their dissatisfaction with how life has played out for them. As happens in many families, no one has the strength to face the karta-dharta of the family, the alpha dog and live a life of mediocrity to keep him satisfied. Akshay as Gattu is extremely quiet almost throughout the movie and has nothing much to do but look desolate. Rishi Kapoor does well with what material is available to him. Only if there was more depth to his character. Anushka plays out her role well. Chirpy and over-talkative, she breathes life into the scenes but her role is just a catalyst to bring about the change.
The movie is directed well. Nikhil Advani uses a variety of means to keep the attention of the viewer intact. Even with a mediocre and obvious screenplay he is able to use the talent at his disposal to the maximum use. The music is good and thankfully the songs are kept to a minimum.
Patiala House is an engaging watch. No credit to Akshay though.
Share karo yaar... tumhe filmon ki kasam