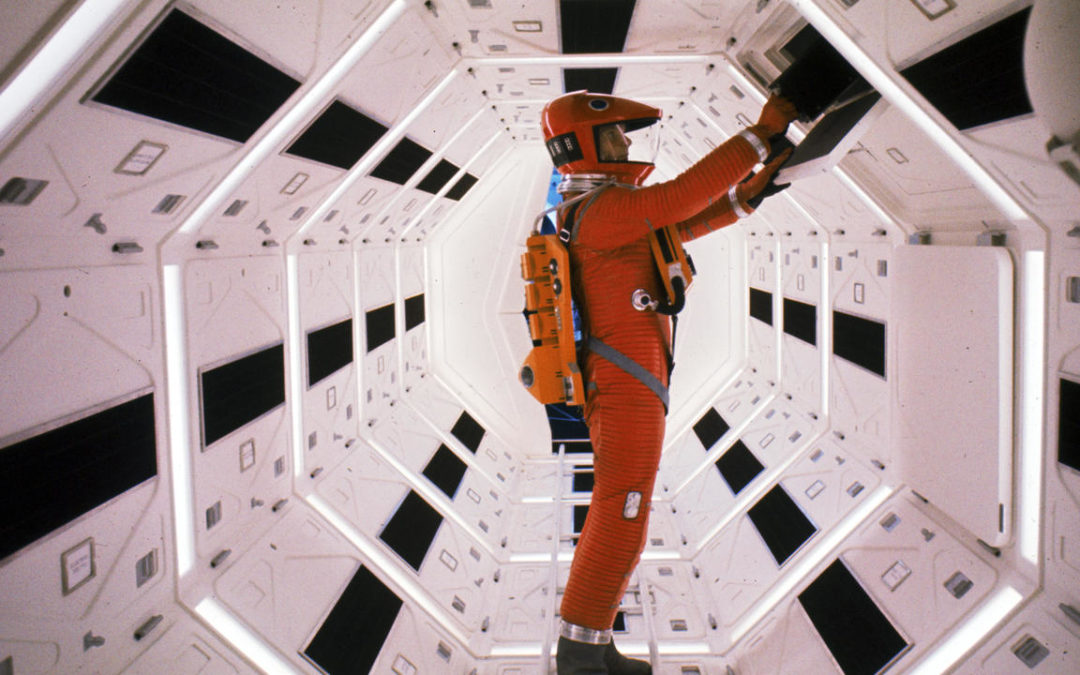 We, the movie going audience have an intrinsic tendency to make sense of everything, when it comes to a film which we cannot trash. We can watch a so called ‘no brainer’ which insists on not thinking but when it comes to unanswered questions and ambiguity, we are strangely not as receptive. Earlier this week I saw Ridley Scott’s ‘Prometheus’, which while I enjoyed very much, led me to this conclusion. And yesterday I came face to face with this truth again as my television played Kubrick’s ‘2001: A Space Odyssey’.
Many things, especially from the last part of the film, still remain a mystery. There have been hundreds of articles written to possibly explain what happens to Bowman or appearance of the monoliths and to be truthful, the first thing I did after I finished watching the movie for the first time was to research online. In our ‘intellectual’ world it would absolutely shameful to not understand the meaning of a film you watched. It would be like I was back in 10th grade when I found ‘Godfather’ to be boring and overrated (obviously not my feelings now; I did not even understand ‘When Harry met Sally’ at that time). But to my surprise, I was not the only one looking for answers when it came to this film.
The answers are not clear even today, 44 years after the film’s release. Even Kubrick refused to give out his version as he clearly stated that he wants the audience to embrace their own ideas and theories. And isn’t that the joy of watching such the movie? I remember watching the last sequence when the star-child appears and blast of the musical chords of ‘Also Sprach Zarathustra’ is heard for the last time and being filled with emotions I could not fully explain. Even if my brain could not fully understand the entire film after one view, I nonetheless was bowled over by what I had seen.

I come from a generation which has grown up on CGI effects so I was quite surprised by what I saw in this film. Shot extensively inside the studio, it was a pioneer in its visual effects using techniques like front projection and slit-scan photography. The visuals of the spacecrafts and the planets (second and third part), the breathtaking landscape of Africa (first part) and not to mention the insanely brilliant star-gate sequence (fourth part) are completely out of this world. Sure the scenes are a little slow and probably seem even more so because of the lack of dialogues but it is the pace that the film that lets you soak into Kubrick’s vision. And that is why I love this film so much.
We live in a world where we are programmed not to enjoy fine things we don’t understand. Probably the reason we are filled we doubt while picking up a bottle of wine even though we don’t think twice while picking up a pack of beer. If you can’t gargle it and deliver a speech about its smell and flavor then you are to believe that you have just not enjoyed it ‘as it should be’. With time I have come to realize that drinking wine is just a more expensive way of getting drunk. And the same goes for films.
Kubrick did not make ‘2001: A Space Odyssey’ for only professional film critics. He made it for everyone. And he wanted us to derive our own meaning from what we saw on screen. As a filmmaker, he followed his instincts to create something so beyond his time and creatively out of this world that the least that we as viewers can do is to watch it with an open mind. After all, if we can watch and enjoy ridiculous, senseless films with no logic whatsoever, then why not a brilliant one which just expects a little understanding nature?
Share karo yaar... tumhe filmon ki kasam