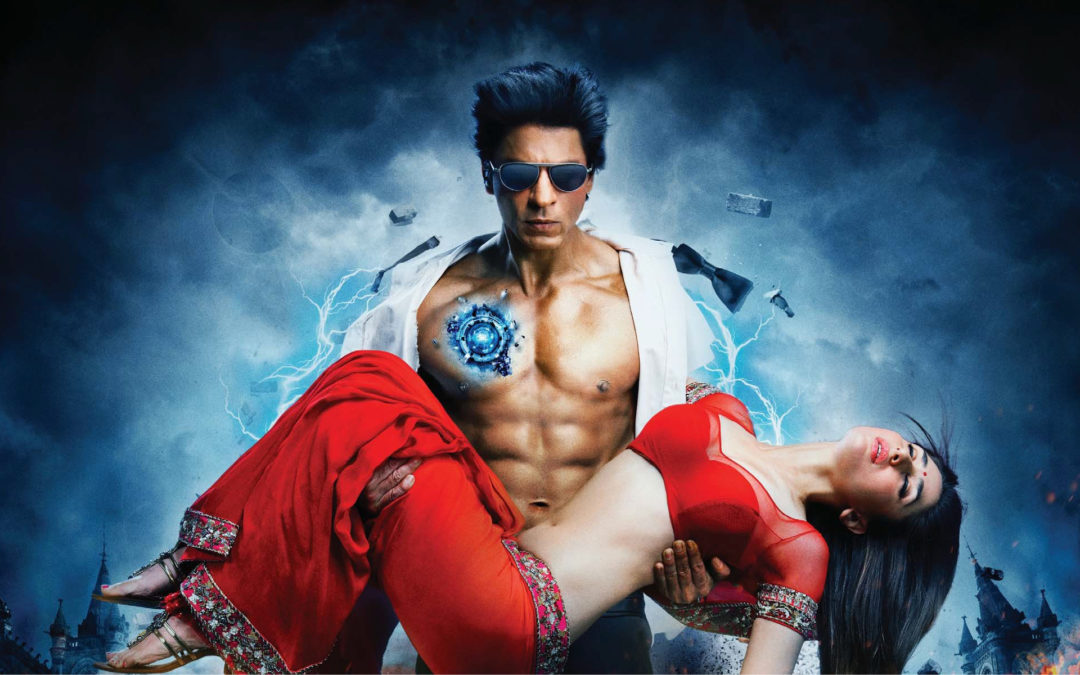 I saw the earliest show possible of this flick. But since I am not under contract to churn out a review for the rest of the world withing the next few hours, this review is coming a day late. And its not a review.

There is no point obsessing over the story because frankly there is none. There is just a concept, which i must agree has a lot of potential. But then we live in an era of business not art when it comes to films. If you have done enough to generate a hit or a superhit then why do more.

I am an ardent Shahrukh Khan fan. But there has been periods when i have ardently boycotted his cinema on the pretext of low quality. But unfortunately, I am not sure what will succeed this era. I was much more comfortable ignoring the romantic dramas. To avoid watching a sci-fi movie which the actor has been involved in for the past two years is asking for too much. And possibly that is why i did not even have the heart to completely thrash the movie after watching it.

The movie has a few good points. The special effects are good even though the choreography of the action sequences could have been better. The production value is visible when you watch the movie. The actors look good. And for a change, the sequences are executed in India. I can remember the thousands of times i have seen the Golden Gate or the Statue of Liberty coming apart in a superhero movie. But when it comes to Indian films the action is limited to abroad (basically unrecognisable places). The moment that the Mumbai local breaks apart the Central station, while SRK’s G.One tries to stop it (though reminiscent of Spiderman 2) is a breakthrough scene for me.

Unfortunately, the good points end here. The few scenes that are put together between the action sequences have dialogues that make my ears bleed. I was watching Prem Rog (archaic drama starring Rishi Kapoor, Padmini Kolhapure) and that movie held my attention solely on the basis of the powerful dialogues. Sometimes the only special effect you need is a team of good writers. More than the non-existent storyline and the horrendous dialogues, it is the bad background score that disappoints the most. It sounds like a rehash from the 70s which confuses the mind instead of building up pace or setting our pulse on fire. The songs are an embarrassment. Sometimes unnecessary and to tell the truth completely average in their quality, they are just another irritant on screen.

Anyway, should you watch it or not is completely your own decision. It is a one of its kind movie made in Bollywood. A huge leap in a genre that is unexplored in the industry. Hopefully we will see more movies with better written material which would do justice to the crores spent on the SFX.