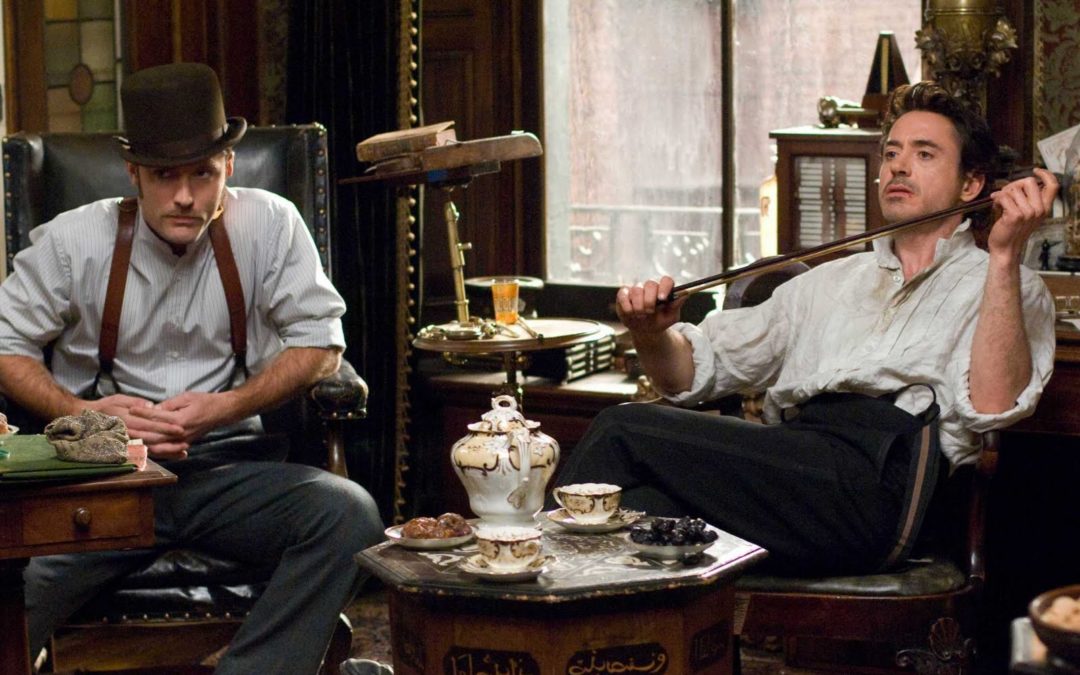 The thing about Robert Downey Jr is that he is a fantastic performer. Not to mention utterly charming, a quality of his which can pull up really bad projects to make them seem average. He did the same with his comeback movie Ironman which would barely have been watchable had it not been for his performance.

Sherlock Holmes is all about two people, Robert Downey Jr (Holmes) and Jude Law (Watson). The plot whose basic premises is science vs magic is paper thin and though it could have been more interesting, Guy Ritchie was just busy trying to make the movie look sleek and cool. What else can be said about a director who decreases the biggest detective into a partially mad scientist, charming lover / action hero and Watson into a gambling man whose sole purpose being making Holmes eat and take bath? The story starts with the death and then resurrection of Lord Blackwood (Mark Strong) whose aim in life like every other bad guy is to take over the city, country, world etc. In this case it was to take over the city and the congress. I was actually interested how was it that the villain faked his own death but funnily the director thought that it would be the last things the viewer would be interested in, keeping the explanations for last and well obviously done in 60 seconds, less we actually try to understand them. There is also the very beautiful Rachel Adams playing a thief Irene Adler, in love with Holmes, who brightens up the screen with colour which the movie otherwise lacks.

Sherlock Holmes’s biggest deficiency lies in bad direction and uninspiring screenplay. Given the characters developed over a series of stories by Sir Aurther Conan Doyle, the script could be have been good to say the least and the characters a little more complicated. Instead, while watching this movie all you see is a non story brought to life through the talents of the main leads. Not to mention the chemistry between Watson and Holmes, which could have been so much more. The camera work is good and so is the art work, reliving the old world London.

So should you watch it? I would say no. Wait for the Dvd release or just the TV realease cause you would not be missing anything. Unless, well you want to spend 2 hours drooling over Robert Downey Jr, which is a perfectly reasonable excuse to blow up the 200 bucks.