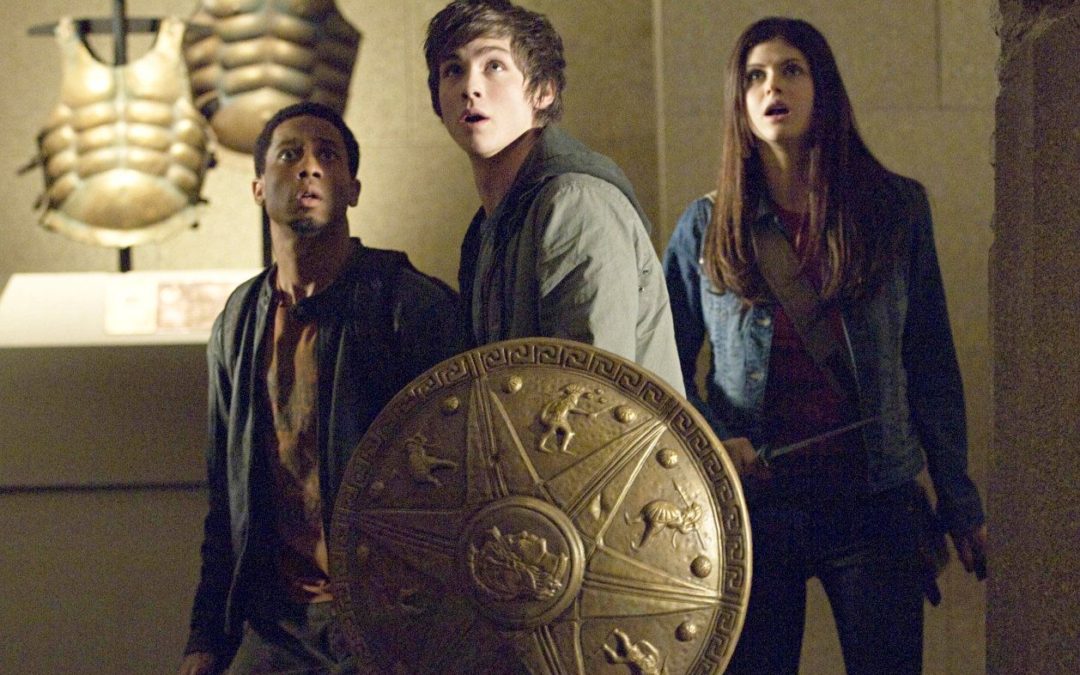 Well gods are supposed to be overgrown humans who live in Olympus which is in the Empire state building. Why am I not surprised?
One of the funniest things about American movies is that some of them are so full of themselves that it becomes very obvious. If you are making a movie on Greek gods who ruled the world, you should at least be sensible enough to take at least half breed Greek actors to play the gods themselves. But who would take such pains?
Anyway, you have Percy Jackson who thinks he is the biggest loser in the world because of his dyslexia and EDD. His life changes one fine day when someone just steals away Zeus’s lightning bolt and the world is threatened to come to an end because Zeus assumes that it’s Poseidon’s son who stole it. Why? Dunno man. No logic is required for men to go to war. No wonder there have been so many of them.
So Percy finds out that he is Poseidon’s son. Has super powers and now has to rescue his mom from the Underworld from Hades…who by the way is dressed up like Mick Jagger and has a horny Rosario Dawson for a wife. And with the help of his best friend and a complete strange girl Annabeth (daughter of Athena, who is all eager to go out in the real world) he spends most of the movie’s length trying to find his way into the Underworld. Nobody really cares about the lightening and who stole it till bout just the end. Wait… Wait.. there is also Medusa played by Uma Thurman (totally wasted) who tries to do a scary Poison Ivy.
Nonetheless, maybe it’s just me because i am huge sucker for magic movies, that i enjoyed the movie. Mostly because there is always new things that keep happening on screen which keep the dullness away. Everything new may not be logical but well, we are watching a movie about Greek gods set in America, so i am not going to talk about logic. There is not many special effects as most of the movie is kind of a ‘search mission’ with a map and everything. The acting is just about alright. Noone acts badly, but there is something seriously wrong with the way Annabeth looks at Percy. Looks like she would pounce on him any minute. Katherine Keener is totally wasted. You keep wondering why Poseidon fell for her if she roams around like a drab. And Rosario Dawson as an abused wife and temptress at the same time. Total waste. Also, there is Pierce Brosnan with a ‘horse’s ass’, who doesn’t have much to do but to show off the weight gain on his upper body.
I wish Uma Thurman was given a better getup if not a better role. And a little more time spent on the mystery of the ‘lightening thief’ would have been dandy, since it forms the part of the title. Other than that, actually there is nothing spectacular about the movie but there is nothing insanely wrong with it either. It’s average, popcorn fare which you would enjoy on a lazy afternoon. So wait for your lazy afternoon to catch this one.
Share karo yaar... tumhe filmon ki kasam