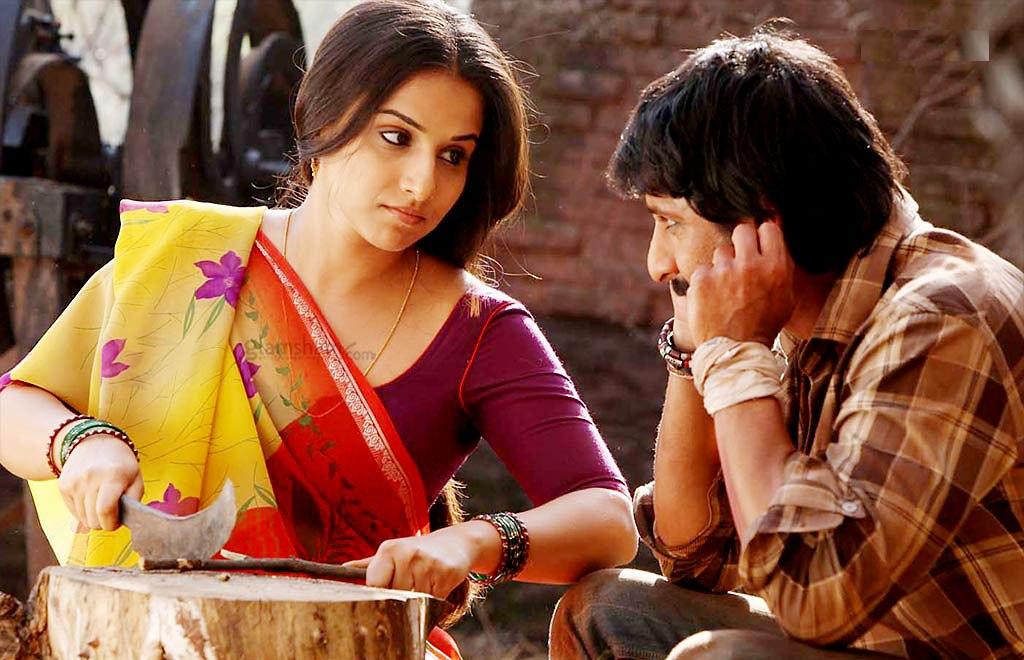 The plot revolves around two small time thieves, Khalujan (Naseeruddin Shah) and Babban (Arshad Warsi) on the run from their boss, Mushtaq (Salman Shahid). They end up at Krishna’s house, in Gorakhpur, looking for her husband only to find that he died in an accident some months back. Mushtaq, ends up finding them and threatens to kill all three of them unless he is paid back. Unfortunately, the money is missing and the three are forced to plan a kidnapping to get some. The rest of the movie revolves around the kidnapping and also the real reason behind it. all this while you see Khalujan falling for Krishna and while she doesn’t shy away from his advances, there is a lot of sexual tension between her and Babban at the same time. You never really know who or what she is after, till the very end.

All three lead cast are fabulous. While Naseeruddin Shah is charming as the old man falling in love again, it is Warsi who actually takes the cake with his sexually aggressive character who falls in love with Krishna. The funniest scenes of the movie were when each of them declare their love with Krishna and are proved to be wrong in their judgement by Krishna’s behaviour. “Padwa du Nigah?”, Khalujan asks Babban when they find out that Krishna had tricked them into the kidnapping for her own motive. Vidya Balan plays the role of Krishna with a ease, combining the subtle sexuality with a genuine charm that make both the men fall for her. However, its her scenes with her husband that bring about her real emotions of a woman in love. A special mention should go to Salman Shahid for his role as Mushtaq. He is funny and sharp, in his role as the mafia boss and holds the ground to Naseer and Warsi. Also the child actor playing Nandu…the guy is a small atom bomb, lights up the screen during the few moments he has.

Frankly speaking, i was a little disappointed by the movie. Given the context and the basic script, it could have been much more sharper than it turned out to be. The movie only runs for about two hours but still feels a little slow.The dialogues by Vishal Bhardwaj are delicious and though i don’t know the meaning of ‘sulphate’…the movie has some real gems, mostly given to Arshad Warsi’s character.The rustic essence of the movie is kept intact, from the inter caste wars, kids with guns, the language and dialect, everything is perfect except for the plot. A little more attention to the screenplay would have made the movie more enjoyable. Also the chemistry between Khalujan and Krishna remains largely unexplored and mostly imaginary, while in comparison though Babban and Krishna have few intimate moments, the sex scene between the two is enough to describe their emotions. And may i add, that its a very nicely shot scene which remains an unknown art in Hindi cinema.

The music by Vishal Bhardwaj is AWESOME, keeping the tone earthy. He is the only person who, i feel, has the calibre to change the music scene of the industry at this point, since Rehman has become so choosy about his projects. The lyrics by Gulzar are fresh, and listening to them you know why he is one of the best poets in the country.

So should you watch the movie. Let me be honest… I would say watch the movie for the music and dialogues. The story though orignal, lacks the punch due to bad editing and average direction. The effort that the director Abhishiek Chaubey has put into this movie definitely makes it fresh but he need to learn a little more before he comes up with something that is truly worth the ‘Vishal Bhardwaj production’ tag.