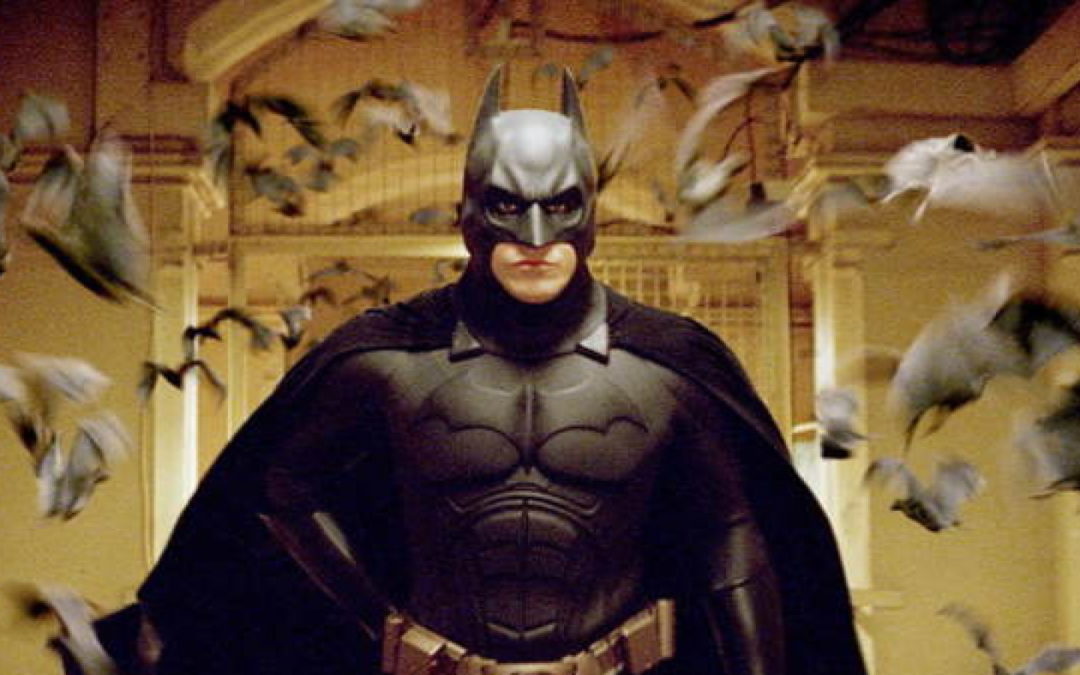 In the year 2005 while I knew I loved films, no one else did. And today as I watched ‘Batman Begins’ again, the only film in the Batman franchise that I have seen multiple times, I asked myself the question – “Isn’t it time for a review?”. Especially since the series has come to an end now. The answer was obvious.

Many have not seen this film to my surprise, even though they have seen ‘The Dark Knight’ which obviously caught everyone’s attention due to its hugely dark undertones and fantastic action sequences. But it was with ‘Batman Begins’ that all of it was made possible. It was first of the films in the superhero genre that brought humanity and reality to the characters in the comic-book world. This approach was what makes this film so important. It not only redeemed the character after it was massacred brutally in the horrible ‘Batman & Robin’ but also brought a kind of respect to it that generally fails mainstream blockbusters. Yes, it had the toys, the suit and the cave but it was all brought together with such originality that you could believe all of it being possible in the real world.

This film takes the audience through the life of Bruce Wayne, and his journey to becoming Batman. This journey remains one of the most integral components of understanding the psyche of Bruce Wayne and his need for finding a purpose through his alter ego.  Starting from his parents’ death, through his training as a ninja and his return to Gotham, the audience gets to see all the small components of what make the Batman. And this of course includes the people who look on as this magnificent transformation is completed.

Michael Caine’s outing as Alfred brought a kind of aura around the character that it never had, either in the comics or in the previous films. Here we see Alfred as not just the faithful butler but also a father figure who looks on from a distance, guarding Bruce’s life in its essence. Fox (Morgan Freeman) on the other hand, is a kind of a Q for Batman, with the kind of grounding that only Mr Freeman can bring to characters.

One of the reasons I really love this film is the friction that Rachael Dawes (Katie Holmes) provides Bruce. A far cry from the comical outings of Batman’s arm candy, Dawes challenges Bruce into being something better. And Katie Holmes brings strength and integrity to the character, which I quite missed in the second film. Also interesting is watching the relationship between James Gordon (Gary Oldman) and Batman, which goes from an ambiguous distrust to a helping hand, giving Gordon a rounded personality instead of being the uni-dimensional chief who relied on Batman to keep the city safe.

This film like all of Nolan’s film has a great cast. Christian Bale’s outing as both Bruce Wayne and Batman is I repeat ‘the gold standard’ in superhero films. He plays both the characters with a stark difference and with the passion that many actors would only limit for art house dramas. Liam Neeson plays the dual character of Henri Ducard and Ra’s al Ghul, a menacing villain who works with the calmness and eloquence of a great leader. Neeson’s scenes with Christian Bale are what give this film a great depth plainly because of the history that the two characters share. As Ra’s al Ghul, Neeson is both Bruce’s mentor and the villain who challenges Bruce’s thought process. Other important roles are played Cillian Murphy as Dr. Jonathan Crane / The Scarecrow and Tom Wilkinson as Carmine Falcone, both of whom have small yet powerful roles in the film.

Now that I have seen all three films, I can see the consistency in the characters with such stark clarity that I did not imagine that the series had. My favourite scenes in this and also other two films remain the ones between Alfred and Bruce Wayne. Batman/Bruce Wayne is quite a towering personality and it is only Alfred who actually questions him in a manner only true family can do. The scenes that Christian Bale has with Michael Caine beam with a very subtle mix of compassion and humour, that border on parenthood but not quite there. They remain the scenes that truly make my heart tinge with joy or pain.

Christopher Nolan and David S. Goyer borrow from ‘The Man Who Falls’, ‘Batman: Year One’, and ‘Batman: The Long Halloween’ to write a screenplay filled with realism and yet give us enough adrenaline pumping action to chew on. And director Nolan not only reinvents the tale of the caped crusader but also does it with style. Shots in the Vatnajökull glacier in Iceland provide some of the breath-taking scenes of the film, and one of the most enamouring things about the film is the fact that it keeps the Computer Generated Effects to a minimum. Yes, almost everything you watch on screen was real, except for the thousands of Bats.

I have never made the mistake of comparing any of the three films with each other because each of them had a different purpose, but I feel truly sad for the people who never made the effort of watching ‘Batman Begins’ when it released, away from comparisons to its successors and obviously on the big screen.