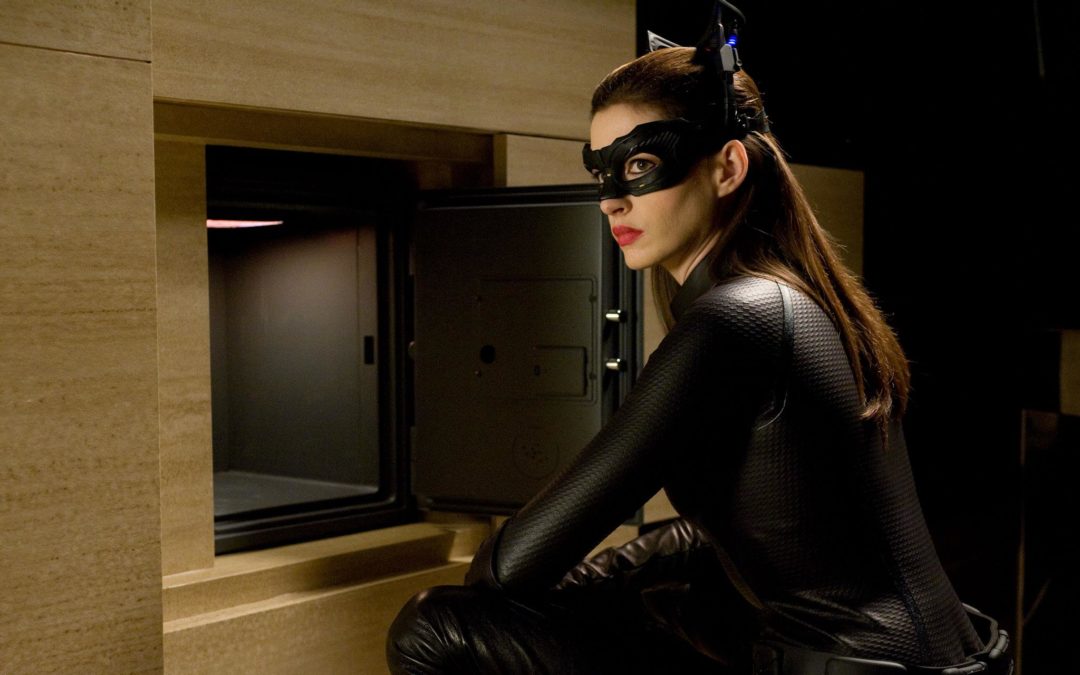 There are a couple of things that need be done by a person who takes on the challenging work of reviewing the third installment of the ‘Dark Knight’ series. First of them being actually watching the movie in an IMAX theatre the way Christopher Nolan imagined it and the second being watching the film at least twice before even thinking that one has absorbed everything that happened on screen the first time around.

I know many think that the few people who watch this movie in an IMAX theatre are just showing off but there is more to it than just gloating. One day before the release when I myself was not anywhere near acquiring the tickets in the designated theatre, I used the words ‘finally it is just about the story and the acting’ justifying watching it in a smaller screen. It is only when I watched it for a second time yesterday in a smaller screen that I realized how grossly wrong I was. (Yes the first time was on the First day at IMAX Prasads… God bless corruption!)

With over one hour of the film shot with the tedious IMAX camera, watching it in a normal theatre though completely breathtaking is like watching it on your personal TV. (And for someone special who might be wondering an IMAX theatre not only offers a much larger screen but also far superior picture quality and audio systems.)

With ‘The Dark Knight Rises’ Nolan has accomplished what no one else has managed to do. Make a great original trilogy, with undisputable integrity. Comparing it to its predecessor would be a complete mistake because while it is made by the same person, the motive of each of the movies in the trilogy is different. ‘Batman’ Begins was about Batman’s roots, ‘The Dark Knight’ was about sacrifice and ‘The Dark Knight Rises’ is about closure. With this film Nolan has given something that we all have secretly hoped for but no one was brave enough to do – To give Bruce Wayne a life.

The film begins 8 years after Batman’s last sighting. With most of the criminals locked up behind bars under the ‘Dent Act’ there is not much to do but we have Bane showing up quite early on with unknown intentions. There is also a Cat burglar, Selina Kyle, whose loyalties remain unknown to us as well as Bruce. In this movie, unlike the earlier ones the stakes are quite high and at any given point of time it not the identity of Batman that is of any consequence. This is quite clear in the beginning when the rookie detective John Blake persuades Bruce Wayne to return, having deduced his identity as a kid. Unfortunately revealing any more of the story would be completely unethical.

This film is more about Bruce Wayne’s story and rightly so since it is the last one in the series. With all the money, the power and the toys, it is only Alfred, played brilliantly as always by Michael Caine, who knows the real Bruce. And probably that is why the scenes that he shares with him are the ones with the most soul in them. Christian Bale’s portrayal of both the Batman and Bruce Wayne is the gold standard for the portrayal of a superhero. With all his strength both physical and mental, it is the pain that emanates constantly through his eyes that defines him. And in a breakthrough scene he realizes that fear is not a weakness but a strength that he needs to find again.

For those who plan to go in with the motive of comparing Tom Hardy’s Bane to the late Heath Ledger’ Joker, I would say don’t. You can’t expect the same theatricality from a hulky strategist that you would from well the Joker. The brilliance of Hardy’s performance lays in the fact that he emotes with only his eyes, voice and stature. And he does so in an absolutely dazzling and inventive fashion. The voice modulation and the body language are not comical and not just instruments used to enhance the performance. They are the performance and it takes a really talented and secure actor to take up a role where most of your face is never seen. With his frighteningly muscular body and a flawless plan of destruction, Batman is no competition to Bane. If there is any villain that has challenged Batman to this extent I would say it is the ones in this film.

And of course the pleasure does not end with Bane. We have the lovely Anne Hathaway who plays Selina Kyle, and gives a completely different spin on the much objectified Catwoman. Unlike the uni-dimensional spandex wearing hotties, Hathaway actually has a lot to deliver in this film not just in terms of kicking-ass but also emotionally. Selina is one of the strongest female action figures I have come across in this genre and here Nolan takes a road not often taken, and does not zoom in the camera to an exploding background score for Ms Kyle to change into her tight black suit and metal heels. Selina Kyle is given the respect as a character that she deserves and while Anne Hathaway’s attractiveness never goes unnoticed her work in this film goes truly beyond that.

Joseph Gordon-Levitt plays the role of a young police officer John Blake, one of the biggest triumphs of the film in terms of writing. And while it may seem there is nothing much for Levitt to achieve in this film, there are a lot of emotions between the lines and he does deliver. Morgon Freeman plays Fox with his usual elan and has company in the beautiful Marion Cotillard who plays the mysterious Miranda Tate.

The true champions of this film are of course the director Christopher Nolan and the screenplay and story by Jonathan Nolan and David S. Goyer. The screenplay is flawless with its very intricate plot and sub-plots gives enough space for almost all the central characters to grow. And the attention to detail is nothing short of eye-opening. With music by Hans Zimmer, cinematography by Wally Pfister and editing by Lee Smith, Christopher Nolan is in good company. But it is Nolan’s vision of the world of Batman that makes this film truly great. The toys, the costumes, the camerawork, the locations are all part of this vision which all work so closely with each other to create a moving yet entertaining action-drama. And if there was an award for creating a fanbloodystatic climax, this one will get it. The truly honourable way of ending a legend is with something magnificent. And by God, Nolan delivers. The end is the best part of ‘The Dark Knight Rises’ and as you leave the theatre you would walk in silence, overwhelmed with a feeling that only good cinema can bring about.