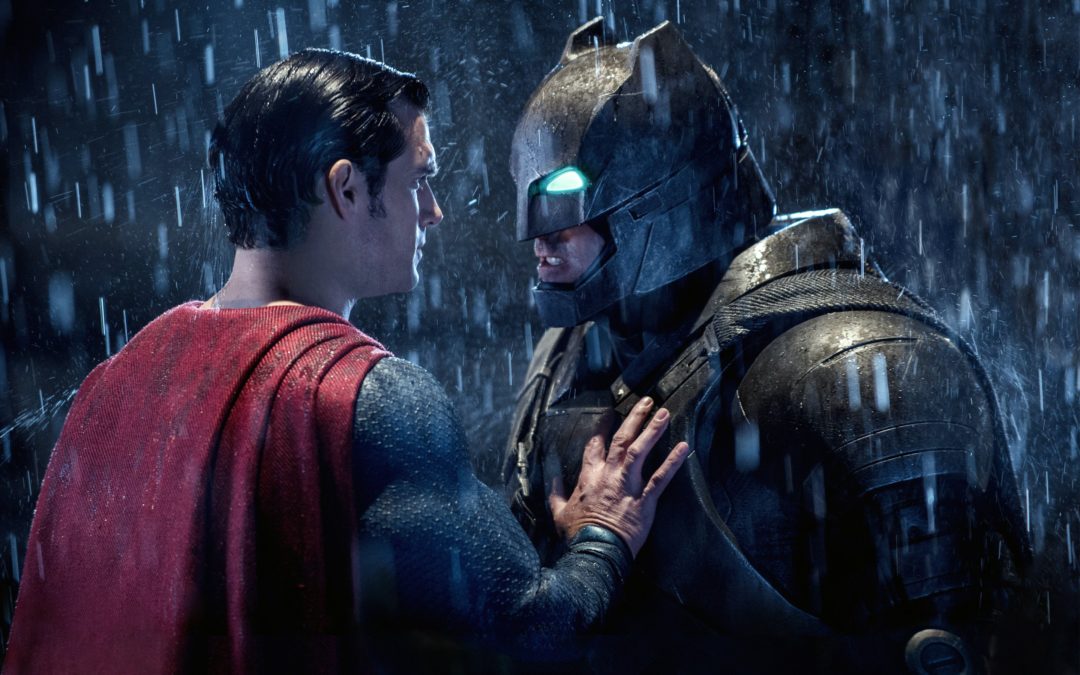 I have waited a whole 36 hours before making any public comments or opinions about this film. In part because i had been ranting about it for almost a year and i am sure everyone already knew what i feel about it. And partly because for the first time in a long time i felt that movie goers and critics were already desecrating a film and do not need any additional help. But of course, I need to speak my mind too and thus here are some of my comments. (Anyone looking for harsh adjective rants, prepared to be disappointed)

This afternoon, i saw an episode of Supergirl, the cute superhero drama that has been running on network television in USA for the past few months. I am not a huge fan but i still watch it because i am addicted to tv, as some would know. As i watched Supergirl struggle with Synthetic Kryptonite this week, suddenly a feeling overcame me. I realised that this very simplistic CBS drama, despite its obvious limitations had a more interesting story going for it than the overstuffed 155 minutes of Dawn of justice. Sure, Supergirl’s problem got literally solved in a matter of minutes on the show, but the creators were able to pack in sex, romance, comedy, some genuinely heartfelt emotions and action in all of 44 minutes. And this is television we are talking about, that too network television.

Which is what brings me to the arrogant, disrespectful, egoistic and hideous mess that is Batman V Superman: Dawn of Justice. I am a lover of films, not just good films but just cinema as such. I watch bad films, thoroughly enjoy them too, sometimes. But even in the worst of worst moments, most films stands for something. Writers and directors try to engage the audience into a story and at the same time put a bit of their own soul into the final product. So i am not judgemental of DoJ for being a bad film. But i am heartbroken and traumatised at the thought that some people thought that this is a film, at all. Because it isn’t.

It is a hot dark mess of a man who thinks that making two powerful men fight each other for absolutely no reason, is a reason enough to make a film. It is a moment in time, when a superhero overfed audience needs to ask the question – How much is too much? Is this what we need to withstand as a society for the next 10 years of our life? An alcoholic, murdering, sociopath of a Batman. Whose hero is he? Is he even a superhero? Will any child ever in their right mind want to wear a t-shirt of this new Batman? Do you love him? Do you even like him? Can you watch him for 5 more films torturing, branding and killing people, humourless, emotionally stunted and uninteresting. And Superman…well he never had a chance really. Because he has been handed over to a director who is as joyful as a dead tree.

This film has many many many flaws. I am filled with hilarious theories, questions that no one would have answers to, general comments that would aptly describe the huge holes in the non-existant script, the lengthy monologues on character assasination but i will do none of those now. Right now let us all, stand together and mourn the death of two wonderful characters, beacons of hopes…Superheroes, if there were any. They deserved better. We deserved better. The World deserved better.

(P.S. – I couldn’t resist.
Who was Jack, Why did Bruce Wayne care so much about him? Is Bruce Wayne gay and mourning the death of Jack in the film? Because that would explain his behaviour so much…
Why does Bruce Wayne wakes up in the morning to alcohol and almost emptying his wine cellar?… Again Jack theory applies here.
Why in the film are Metropolis and Gotham next to each other like Jamuna paar Delhi and Noida?
Why does Lex Luthor need to cut his hand? Why not just pluck his hair for DNA? Why did he even use his DNA? Isn’t their any better human DNA around on Earth?
Why was the Kryptonian ship filled with water?
Why does Batman leave behind a batarang after stealing the Kryptonite? Is he inspired by Aryan in Dhoom-2?
Why is the journalist using a Film Camera? Does Metropolis not have digital cameras?
Why was the film’s contrast at 90%? It gave me a headache! Is Zack Synder allergic to the sun?
Why is Lex Luthor asking for importing items legally from the government? He is a billionaire, criminal mastermind…he can’t ship something on his own?
Why was there no Sun in the whole film and if not, how is Superman recovering after being hit by Kryptonite multiple times?
Why does Superman have to use the Kryptonite spear himself…weren’t there 2 other superheros hanging around?
Why was Batman not finding the Kryptonite spear, considering he brought that villain to the city for just that purpose? What was he even doing in the whole last fight sequence?
If Superman’s mother’s name is Martha, so what? Are Batman and Superman Intergalactic HALF-BROTHERS? Is that the plot of the next film? Did the film remind anyone of KARAN-ARJUN?
Did anyone see Batman’s stupid workout routine? )