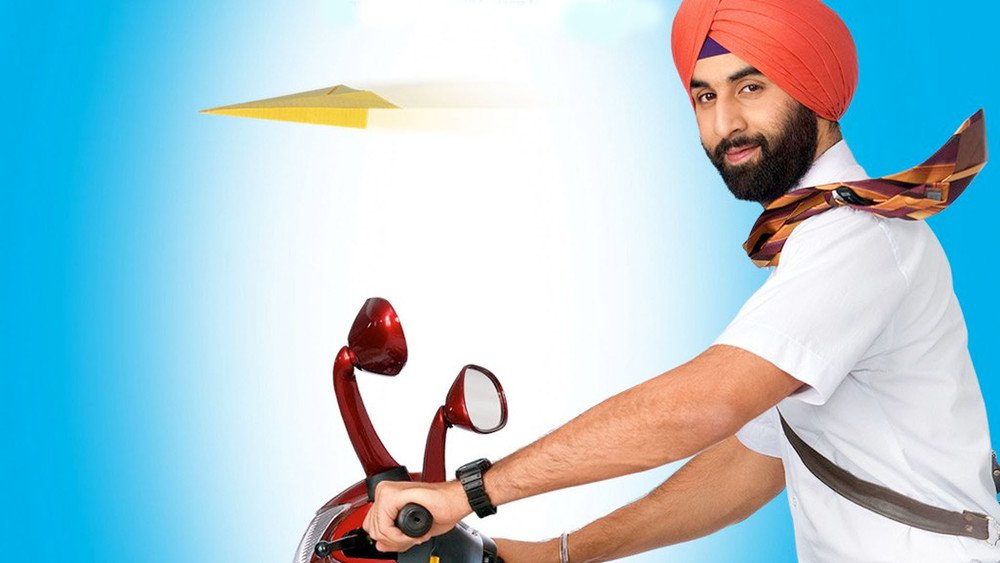 10 minutes into the movie and every person who ever has had looked up the word ‘sales target’ in his professional life will be hooked. Shamit Amin, has a way of bringing out basic human values in his movies in a subtle manner. It was team work in Chak De India and in Rocket Singh its work culture and corporate ethics.

Rocket Singh is a story about a guy Harpreet Singh Bedi, who starts out as a sales trainee in computer sales firm. A few days in to the job and he faces the ground reality. That the place has no room for his ideals and the boss doesn’t care about the people. People are just numbers for him who can either be bought or replaced. Depressed and alone, a chance sales call helps him finds a way to do things his way. The right way! Armed with a small team of a technician who sleeps during office time, the peon who is capable of much more, the office receptionist who has been denied promotion and the sales manager who wants more out of the job, Harpreet starts Rocket Sales Corporation. And that too, right under the boss’s nose.

The great thing about Rocket Singh is the fact that it’s a movie with a heart. It speaks of the man on the streets, who has seen the dirty office politics, is aware what the words ‘customer service’ really stand for and how it feels to work for a company which doesn’t appreciates you. It’s your story. It’s everyone’s story and that is the reason this movie is going to touch the right chord with the audiences.

Ranbir Kapoor is perfect as the lead. Sincere and sometimes too sincere for his own good, he plays the role of Harpreet Singh Bedi with conviction. And so does Prem Chopra, who gives a brilliant performance as his grandfather. One of the funniest scenes in the movie is when he gifts Harpreet a scooty without realising that the brand is meant for women. The cast is brilliant. Whether it’s Gauhar Khan as the overly dressed up but sharp receptionist Koena or D Santosh as Giri, the computer geek obsessed with bikini clad women. Mukesh Bhatt plays Chotelal Misra, a peon who aches for a little respect at the work place. Another gem in the cast is Naveen Kaushik , as the sales manager Nitin Rathore, who knows everything about the trade. When you see him on the field with Harpreet on the first day, sharing the tricks of the trade, you forget that he is an actor. You believe that you are looking at a great sales guy at work. Shazahn Padamsee plays Sherena, Harpreet’s girlfriend who also happens to be his first client. She does a decent job but doesn’t really have the screen presence to hold your attention.

Shamit Amin does justice to the excellent script by Jaideep Sahni and the movie, belong to the both of them. There isn’t even a moment in the movie which is out of context, including the fact that the love story of the main lead is not given too much screen time because it’s not the main storyline. Every character is apt and given the time they require on screen for the story to be told effortlessly and sincerely.

The USP of Rocket singh is its sincerity. It’s heartfelt and emotional but not over the top. You have dialogues like – “customer ki to naam mein hi likha hota hain mer’ which will make you roll on the ground and moments when you know what it feels to be in the place of each of the characters in the movie. Watch Rocket Singh for the story that Jaideep Sahni and Shamit Amin tried to narrate. For the cast who has given a brilliant performance to bring it to life. And most importantly, watch it to see a day in the life of an ordinary sales guy who you see on the streets everyday but never take another look at!