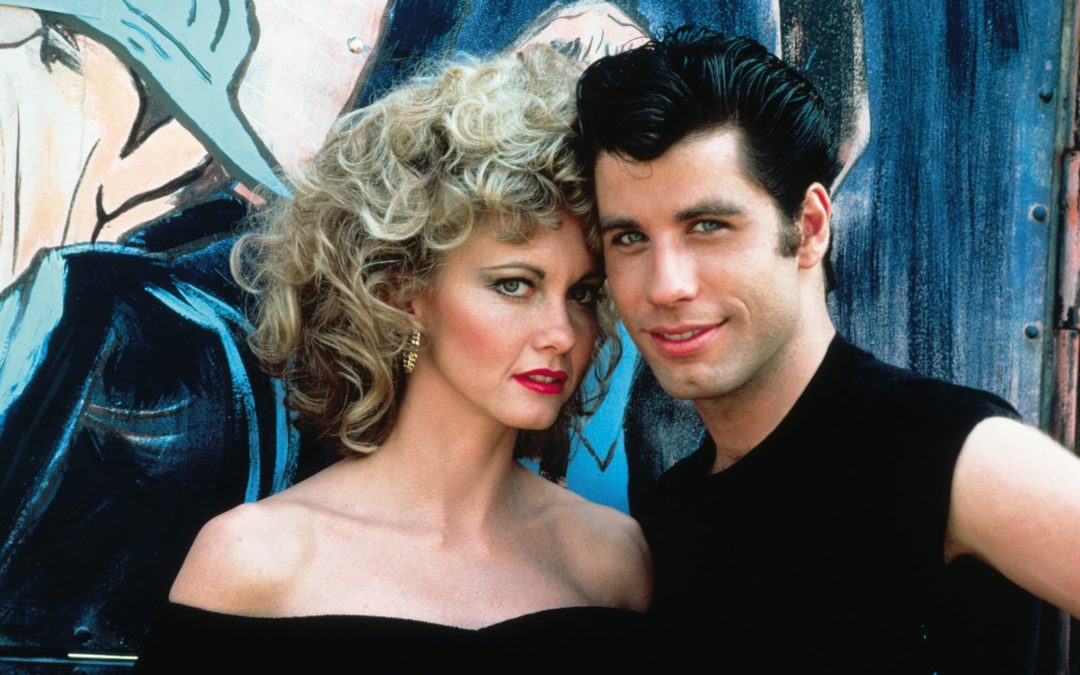 Grease is a classic, which is a well known fact. Somehow i never really got to watch it for years but recently after finding the DVD at the store nearby i thought i should give it a try. And it was all worth the hoopla. The original high school musical is smart, sassy and has zing that is as fresh today as it was thirty years back. The story of two teenagers dealing between peer pressure and what their heart truly wants is relevant even today.

The movie tells the story of two teenagers Danny Zuko (John Travolta) and Sandy Olsson (Olivia Newton-John), who meet at the beach, fall in love and then separate. And unknowingly they end up at the same high-school. But while Danny was just a sweet boy for Sandy on the beach, at the school he is a member of the T-Birds, a greased hair, gang of bad boys for whom swinging girls and the macho image is more important than anything else. Their contemporaries in the school are the Pink ladies which include the raunchy Betty Rizzo (Stockard Channing), the sophisticated Marty (Dinah Manoff), and the juvenile Jan (Jamie Donnelly). In an attempt to burst Sandy’s dreamy beach romance story and embarrass Danny, Betty makes them bump into each other. Danny, though ecstatic to find that Sandy has not left the country decides to maintain his cool image in front of the rest of the T-Birds, which upsets Sandy, making her think that she had misjudged him earlier.

The rest of the movie has other storylines which talk of issues like peer pressure, teenage pregnancy, gangs and love, told through music and dance. Music forms an integral part of the movie with songs like Summer Nights, Hopelessly Devoted to you, Greased Lightning, Beauty School Dropout, We Go Together among many others. They form the soul of the movie, not to mention the spectacular dance moves by Trovolta. Trovolta and Olivia in their black leather garb are what poster materials are made of. And they are no less than awesome in this movie. While Trovolta is sweet yet confused while Olivia is sweet as candy till the real end. The supporting cast especially Stockard Channing and Jamie Donnelly make for a good watch and are a breather from the Lohan versions of mean girls that we are used to. Catch up with this movie. It is one hell of a ride.