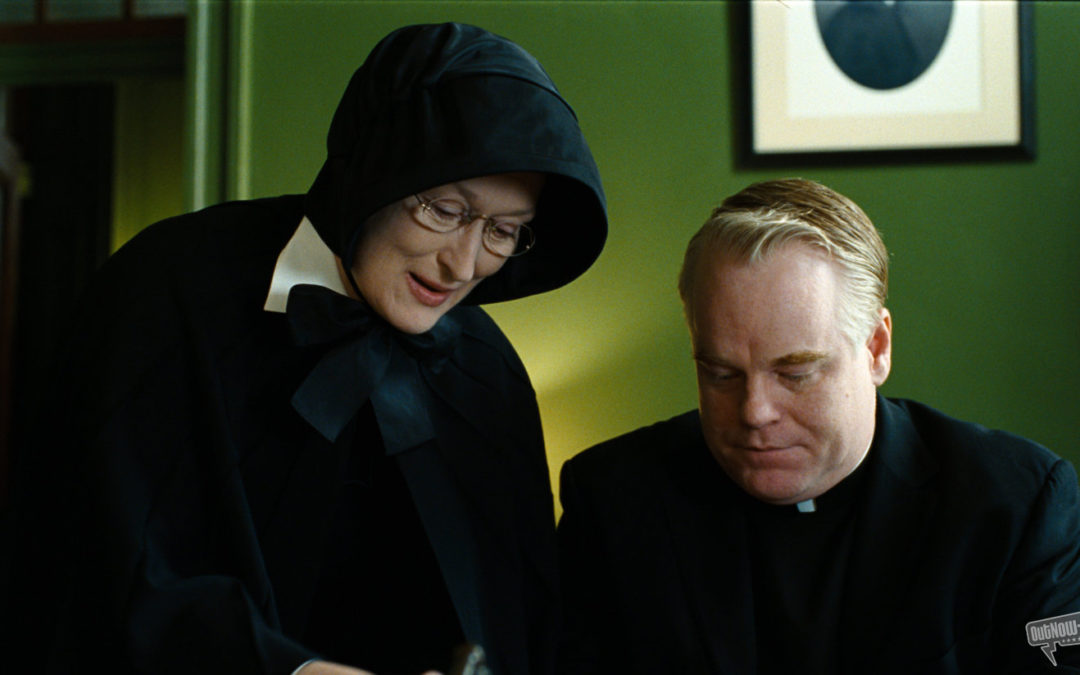 Not often do you come across movies that make you question yourself, question the characters on screen and more importantly leave you in a state that the protagonists are in. Doubt is one such movie.

In the movie, Philip Seymour Hoffman plays Father Brendan Flynn, a priest in the church who wants to change the schools’ strict customs. He comes across as charming, immensely intelligent and approachable, someone the kids would find solace in talking to while growing up. On the other end of the spectrum is Sister Aloysius Beauvier, played superbly by Meryl Streep. Sister Aloysius, the head mistress of the school, is somewhat of a cliché. She is a terror among everyone, including her co-workers because of her almost addictive desire for perfection, discipline and order. She wants everything to be old fashioned and doesn’t not tolerate any kind of indiscipline whatsoever. And in the middle of all this is Sister James (Amy Adams) who likes simplicity in life. The soft spoken school teacher has love for her students and forgiveness in her heart and finds it difficult to handle being caught in the middle of a conflict between these two individuals.

Doubt is a movie, about doubt itself. There is no certainty in anything you see on screen. Sister Aloysius suspects Father Flynn of having immoral relationships with a young black boy in the school. The doubt is based on nothing much and even an explanation to the circumstances which led to the idea given by Father doesn’t make a difference to her. Her determination to get him out of the church and the school based solely on her suspicion and moral certainty makes her go to every length possible to see him out. You see secrets being spelled out from people you didn’t expect but none, leading to any confirmation of the charges. And the movie ends on such a note, letting the audience being as much Doubt as the characters itself.

The movie has brilliant performances by the leading cast of Meryl Streep , Philip Seymour Hoffman, and Amy Adams. Each one of these actors transform into the characters leaving no doubt in the minds of the viewer that they are watching anyone else. And since the movie mostly depends on the performances by these three, it turns out beautifully. John Patrick Shanley, who has both written the screenplay and directed the movie gives the characters the space to give brilliant performances and uses them to tell this wonderful story. Watch this movie because it takes a road not often taken and doesn’t answer the questions. Instead it leaves you in the position of a viewer in a trial who has no options but to just watch a person being prosecuted on reasonable doubt.