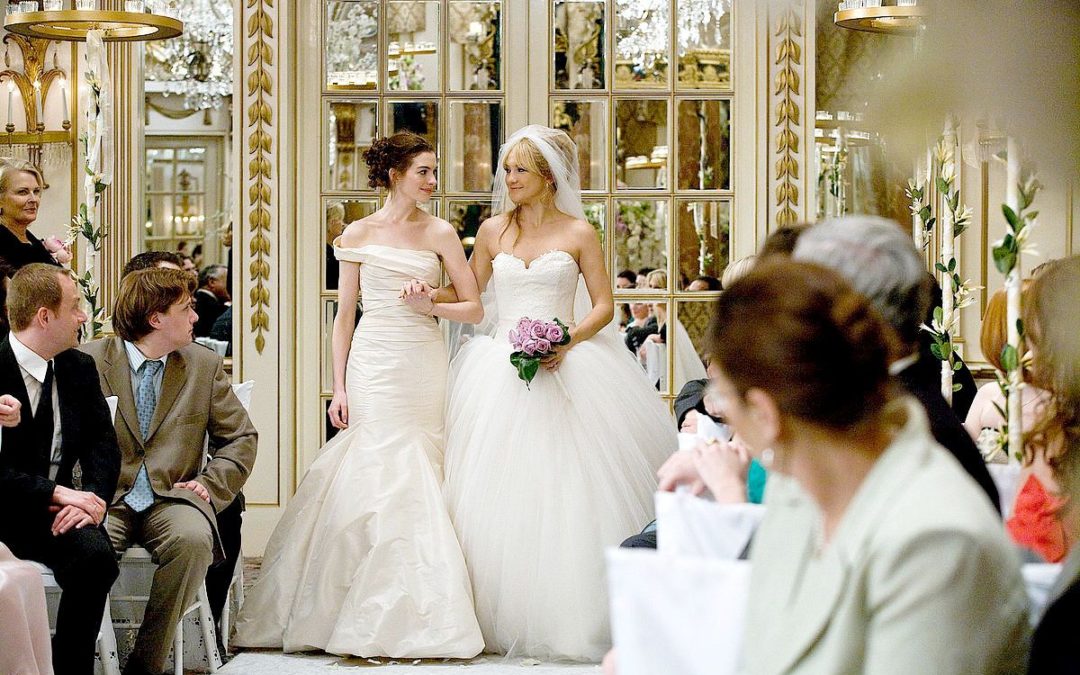 There are chick flicks that you enjoy and there are the ones that even if you try to, you can’t. Bride Wars is one that follows in the second category. A half baked plot. Actually there is no plot. There is just the idea on which this entire movie is based.
Emma (Anne Hathaway) and Liv (Kate Hudson), play two BFFs who are obsessed with weddings and since they have no dreams in life, theirs is to get married in the Plaza done by Marion St. Claire (Candice Bergen). Unfortunately, both of them get proposed to at the same time and accidently get the same date for the wedding at the plaza – something that was so unbelievably explained since there was another opening that was taken up by another woman. Well, if Chandler Bing (Mathew Perry in FRIENDS) can convince a man to switch his wedding ring, can’t Kate Hudson, who I may add, plays a high-power lawyer with negotiation skills to die for, can’t even convince a bride to be to switch her wedding date for money. What kind of lawyers are we talking about here? How are you even gonna convince 12 people in the jury chairs if you can’t even convince one, even when bribing is an option!
Anyway, so Emma and Liv are forced to change their dates, at least one of them has to, so that they can be the other one’s maid-of-honour. Neither of them does and thus begins a kind of a cold war between the both which reaches great height with Hatheway turning orange and Hudson’s beautiful tresses blue. While it’s always fun to watch two characters taking a dig at each other, it’s not so when it happens here. While the pranks are cruel enough, but damn girls! Where is the viciousness? Even the catfight between the two at the movie’s end is half hearted, where all that gets hurt is my brain for actually tolerating this for so long. Not to mention the teary eyed brides making up, saying sorries which was done so brilliantly in ‘I love you, Man!’ but just makes you shoot yourself here. 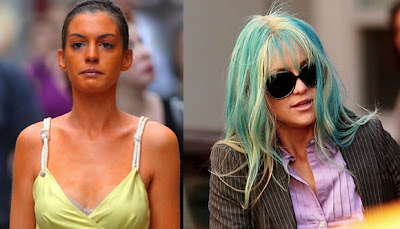 Why is it so hard to make a decent story on same-sex bonding? While the treatment given to the movie, by which I mean the narration by Candice Bergen makes it sound interesting, the sheer lack of chemistry between the leading ladies and the between them and not to mention, their would be husbands is so Augh! You’d rather see the national geographic channel.
Anne Hathaway looks tired and lost in the movie. Maybe she was asking what exactly she was doing in it since she doesn’t even get to dress prettily and wear expensive clothes. Not even a fabulous wedding gown. Acting is obviously something that was not really required from her but she failed to even be cute and adorable which is often comes across as in most of her films. Hudson…well, she has great hair in the movie. That’s all I noticed really. Candice Bergen, is her usual charming best. She may as well have been in Miss Congeniality or Sweet Home Alabama. I wonder if she is ever really gonna get a good role since Boston legal has ended.
So, all the women out there. Don’t watch this one. And all the men, if your girlfriend forces you to watch it…run away!
Share karo yaar... tumhe filmon ki kasam