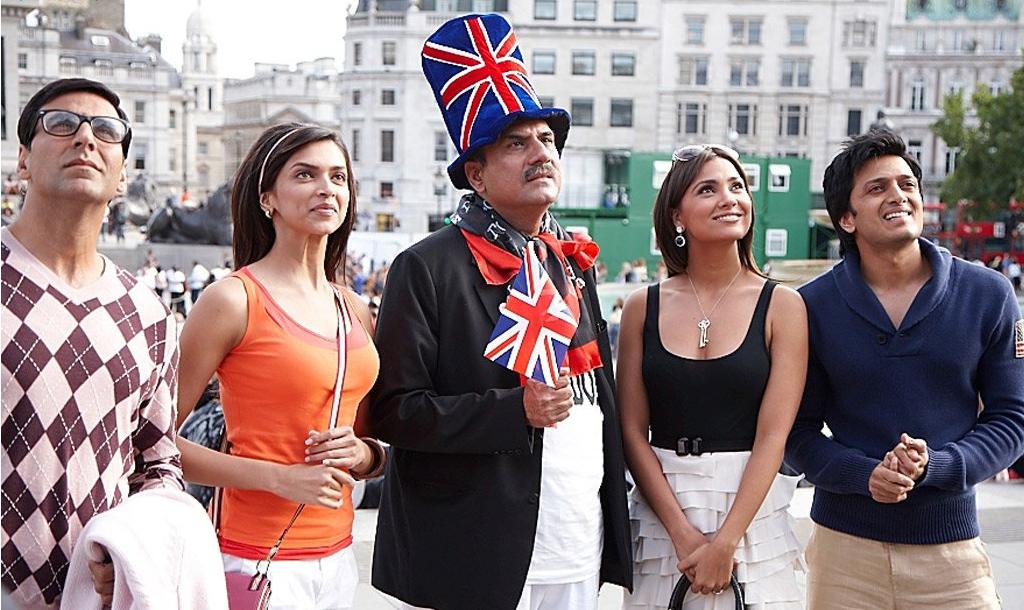 There are things that you should not subject yourself to. However less you may think of your intelligence levels, Sajid Khan has proved that there is one man dumber than that. Housefull is so bad that it makes ‘Hey Baby’ (another disaster from the house of crap) look decent. I think i have said enough but i still think its my duty to explain to the people, the junta why they shouldn’t waste their money on this one.

There are the intellectuals who never go for the time pass movies and then there are people who don’t believe in serious films and rather see masala stuff to give them their dose of entertainment. Housefull is not entertaining. And i am talking about the general junta here, not the classes. Sajid Khan in an interview with rediff, actually said that it took him 16 months to come with the script and develop on the idea. I am hoping he was awake during his working hours during those 16 months because there is no script. But that is the least of my problems. I feel really bad when people take the example of really entertaining movies (may not be smart but nonetheless entertaining) like 3 Idiots, to sell their own bullshit. This is what the director is trying to do. Just because a movie is not based on something smart doesn’t mean that it fits into the ‘entertaining’ category. Basically what i am trying to say is that DON’T WATCH HOUSEFULL. Not even in your dreams.

Coming to the movie. Its a story of a man Arush (Akshay Kumar) who is prone to bad luck. Akshay is really bad at the role. Its difficult for him to pull of a role of a loser. Really, he looks more like a ‘special child’ case than a loser. Well, Arush goes to meet his friend Bob (Ritesh Deshmukh) in London after another heartbreak. What kind of a name is Bob for an Indian? Anyway, Bob and his wife Heetal (Lara Dutta) get him married to their boss’s daughter Devika (Jiah Khan). On the first day of the honeymoon Arush finds out that Devika loves someone else and the marriage was a trick to get her claim on her share of the property. Depressed, Arush tries to commit suicide and meets Sandy (Deepika Padukone) in the process. They fall in love. And da da da. Oh yeah…there is Arjun Rampal in the movie too. As Sandy’s Anna (brother). Whoever though Deepika and Rampal could pull off being from Andhra Pradesh has to be demented. The only person who makes some good use of the multi-lingual thing is Boman Irani (he is the only one who knows to act anyway) and to a certain extent even Ritesh Deshmukh because Marathi is his mother tongue.

The low point of the movie is the entire 2 hours 30 min of it. And the really low points are the songs which have bad music and lyrics as horrendous as ‘Papa Jag Jayega’, ‘Aaja tughe heaven dikhaun’. The ‘apni to jaise tese’ is a bad remix. The original was a hundred times better and Akshay looks a little stupid in the tight pants he is wearing which would be more suited for a 25 year old. Acting wise, Boman Irani, Lara, Lillette Dubey and Ritesh try to do whatever they can to make the movie watchable. Nonetheless the horrendous direction, bad jokes, bad direction, no storyline, bad dialogues, bad music takes the movie down. The only thing good about the movie are the clothes that the women are wearing. The romance is as if it was meant to be seen by 10 year olds who would be happy watching the leading ladies in bikinis, but please the rest of us have grown up. We can just watch those bikini shots on the net if we want. Don’t let anyone fool you into thinking its an enjoyable movie that you can have fun watching with friends. Its not even that. Sajid Khan has been successful in reaching a new low as far as movie making is concerned. Make it look like that something my neighbours dog could do in his sleep.