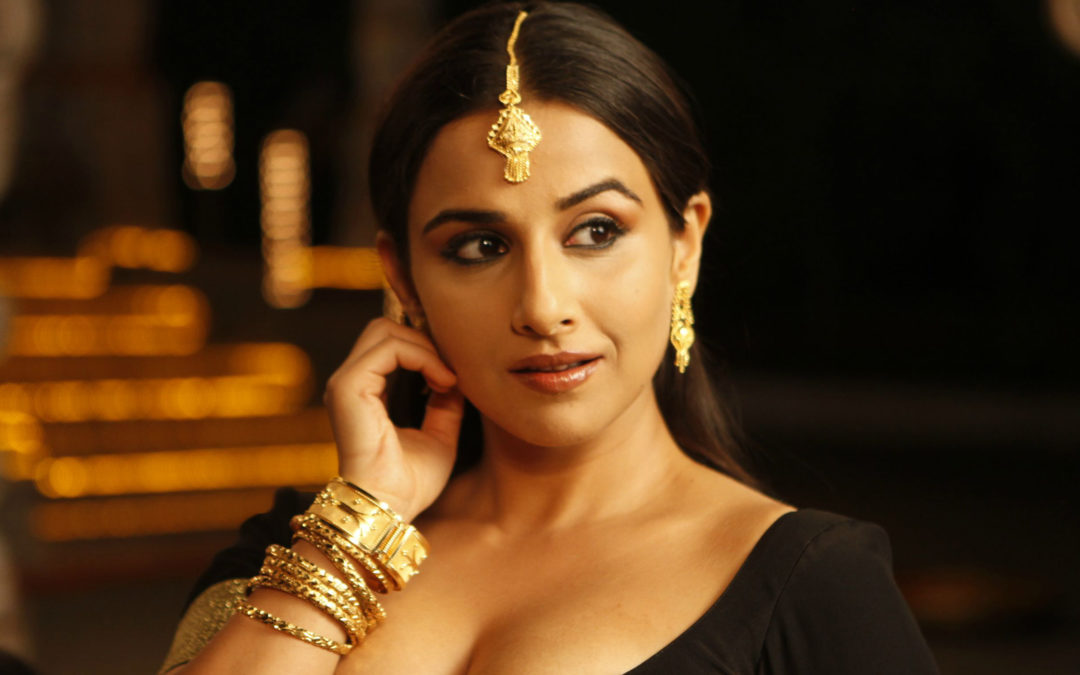 I wanted to write a lengthy review after being tormented by this very lengthy bosom heaving saga of sensuality but have finally decided on a smaller succinct one. Away from the reach of internet for two days after its release, I was surprised and shocked to find out that some people actually liked the movie. For a change the director had done more than enough to disgust the audience and the patchy storyline couldn’t hide the very visible problems. But unfortunately the audience has become just so too easy to please. Have Ms Balan take off clothes and say suggestive dialogues and suddenly the movie becomes about bravado of the leading actress. Noone finds the time to write about the horribly put together story, male leads which look more like accompaniment and the completely unnecessary second half (everyone agrees on this but never dedicate more than three words to it).

I am completely going to look over the fact that the movie is based in Chennai and all the actors speak in Hindi (when does that happen?). The first hour of the movie is actually pretty entertaining. We see Reshma, an aspiring actress, turn into Silk, a sensual goddess who is used by the film producers to sell tickets. In the beginning she comes across the reigning king of cinema, Suryakanth (Naseeruddin Shah) who she seduces but is eventually dissatisfied by the one track element of the relationship. Then she turns her attentions to his brother Ramakanth (Tusshar) who is an aspiring writer. Eventually even that does not work out because of her image and over sexed up personality. Finally there is a fleeting love story between her and film director Abraham (Emraan Hashmi) which ends up prematurely because of her suicide.

The movie actually flows well till the point that Suryakanth disposes off Silk. I would have preferred the movie to have reached its interval over there but unfortunately it continues for another half an hour building up a completely nonsensical romance with Ramakanth which has neither emotional content or physicality. It is just sad, cinematically speaking. The movie drags on for a little more time during which time I can think of doing nothing better than yawn. Then we see Silk is at an award ceremony where she gives a kick-ass speech which would have made more sense if it was from some place important. Neither was she for women’s right or seemed to have any brains to suddenly read too much into the filth that was being printed about her. And to assume that she was completely ignorant of the society’s perception about her till the interval is just plain idiotic. So this sudden rise of ‘self esteem’ and the fight for equality and respect was a turn of events which made no sense in the movie. Especially since she fought so desperately to keep her sex symbol tag even after the ceremony.

The second half is such a huge drag that I don’t even know where to begin. Silk starts look worse than ever. The alcoholism begins. The clothes get shorter than ever. And then the plot goes to this completely different trajectory with a ‘triple’ role movie. And then if this was not bad enough, suddenly, Abraham who had spent 80 percent of the movie time abusing Silk starts developing feeling for her. Not because something dramatic happens between them but purely out of boredom I think. There is no other possible reason. The dialogues at this time of the movie make my ears bleed. Rajat Aroraa who had done a marvelous job in ‘Once Upon a Time in Mumbai’ has a certain way of writing which is attractive but goes overboard and frankly unattractive because of the storyline. Out of the blue, there is a love song with flowing gowns (which is so 2000 by the way) and then a probable porn shoot leading to a sleeping pill overdose. In a red sari because obviously everyone wants to be found dead looking like a bride!

Balan does a good job in the role. Her dialogue delivery is good and she gets into the character well. Unfortunately she is not given much meat to grow into this paranoid, alcoholic that she turns into. I like her in the first half (1 hour only) but then she becomes unbearable to watch. Especially in the second half. The men on the other hand have not much to do. Naseeruddin Shah is entertaining as Suryakanth making a caricature of whoever he is inspired from. Tusshar is just a pain to watch. He is like a lost puppy, wondering what he is even doing in the movie. Puppy without the cuteness, mind you. But the person I feel the worst about is Emraan Hashmi. The dude has real talent which is completely wasted on just narrating the story. The director wastes the chemistry between him and Silk in the beginning, never developing on it and then suddenly springs in a romance in the last 15 min of the movie. That is a gap so huge that I can not let go it, however good Balan may have acted. The music is out of place, except for the ‘oo la la’. The rest are completely unnecessary, the worst being ‘Honeymoon Ki Raat’. I thought the movie was based in 80s Tamil cinema not 90s Bollywood.

Milan Luthria, unfortunately, has made a class of movie which looks unbelievingly good on the posters and promos and falls really short in reality. Too long, too boring and just how much skin show can you tolerate in the name of cinema?