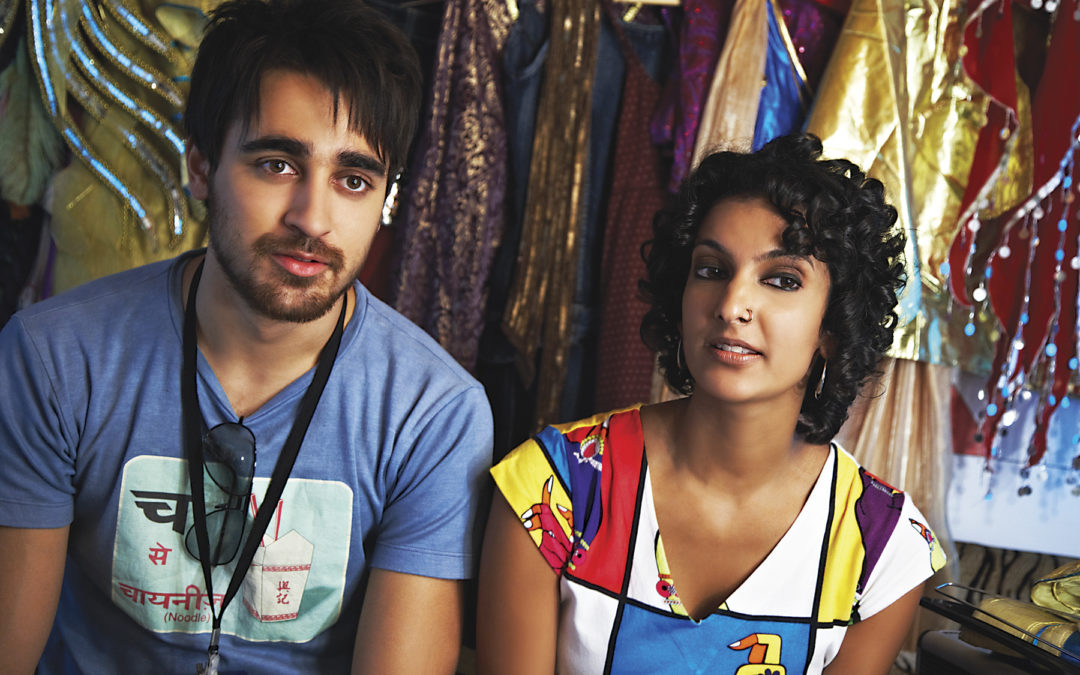 I don’t want to sound as if I am over selling the movie but there is no other way to describe the movie but the words ‘damn funny’. I have not heard a theatre full of people laughing so hard ever in my life (and I have seen my share of movies).
Though the movie has been in the news for the use of cuss words and expletives, those actually don’t make the entire film. The hero of ‘Delhi Belly’ is the superbly funny and well written script by Akshat Verma. It can be well imagined as to why the script had Kiran Rao laughing for hours. After all, we have not seen this mix of toilet humour, gang violence, screwed up personal lives and a ‘randi’ loving landlord in a long time.
The story is at the heart a mix up between a bunch of diamond smugglers and a bunch of lost buffoons living in a flat that is falling apart, brick by brick. Tashi (Imran Khan), Nitin (Kunaal Roy Kapur) and Arup (Vir Das) live in some god forsaken flat with less than satisfactory personal and professional lives. Their lives take a U-turn when Tashi’s fiancée Sonia (a effervescent and delightful Shenaz Treasurywala) takes up a ‘package’ unknowingly and promises to have it delivered. What follows is a shipful of ‘shit’ (quite literally) which has everyone running around for their lives. Mix this with a colleague (Poorna Jagannathan as Menaka) with a gun waving ex-husband and gangsters who love scaring girls with an air filled paper bag, and you have a ROFL comedy.
Vijay Raaz as Somayajulu, remains the best performer of the bunch. Everyone else does well in their parts but it is the mind boggling dialogues like ‘your g*** is like a solar eclipse’ that rule the crowd. The situations are funny and the dialogues are funnier. I would have liked the movie a little more if the characters spoke hindi for regular lines also and not just the gaalis. The over use of English makes the character sound more like Bangaloreans than Delhiites! Nonetheless the movie is highly entertaining. Abhinav Deo, whose did not really catch attention with the forgettable ‘Game’ bounces back with this rollercoaster of a ride.
The music by Ram Sampath adds to the pace of the movie and obnoxious lyrics by the ensemble cast of lyricist (Amitabh Bhattacharya, Akshat Verma, Ram Sampath, Munna Dhiman and Chetan Shashital) have never sounded so right! “I hate you … bracket mein I love you” is hilarious. Check out the video with Disco Fighter!!! AWESOME
I don’t think I need to write more about the movie. Anyone who understands Hindi expletives and English language would love the movie. The rest would laugh at the fart jokes!
Share karo yaar... tumhe filmon ki kasam