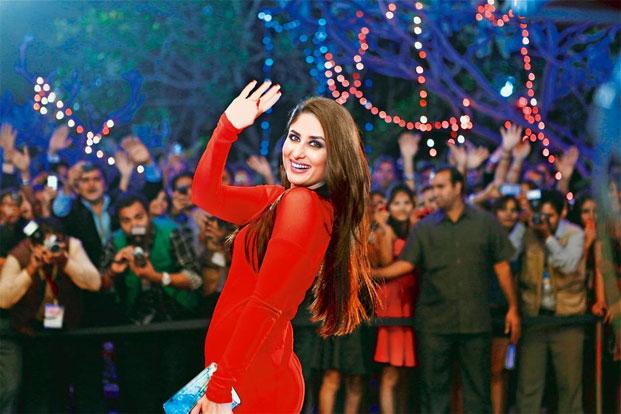 Yes. You read that right. It says zero stars at the top. And I am going to devote the next few paragraphs to describe how ‘rich people’ can spend 32 crores producing a film that looks worth nothing more than a magazine shoot.

We all know that ‘Heroine’ is bad but what we don’t know is how bad it is. As of today I declare it the worst film of all times. If you think you have seen a bad film, and you have not seen ‘Heroine’, you don’t know what you are talking about. Because in all probability your film might have either a few good songs or a few funny scenes or a few action sequences or just one brilliant item number. But Bhandarkar’s new film has just one triumph card – Kareena Kapoor’s flawless skin.

I am not even going to delve in to the absurdities of what some may call a script because it was never Madhur Bhandarkar’s strong point. So in this film he actually forgets to carry it around too. “Lets just shoot Kareena in more hot backless clothes,” he says.

Unfortunately it is one of those films that even the women can’t watch just to check out the clothes. Browsing through a magazine is better and obviously less traumatic.

Kareena plays an actress called Mahi Arora in the film. The director uses narration as a tool to start out the story but forgets about it after 15 minutes. The journalist narrating the story evaporates and we are just left to stare at Kareena Kapoor’s navel and back. There is a love angle somewhere with a married actor Aryan (Arjun Rampal) and cricketer Angad (Randeep Hooda) all of which generates almost no emotions from the audience. Apparently relationships = champagne on a yacht, sex, dinner in 5 star hotels in fabulous clothes.

The film industry shown through the film seems like an industry inhabited by in-humans. B-grade actors play superstars and except for Mugdha Godse and Sanjay Suri, most actors don’t even seem believable as ‘attractive’ let alone someone millions of people would pay to watch. Star wives look like the director has taken naturally ugly people to pretend to be surgically ugly people. So what you get in the film is a exceptional mix of many unattractive people and just one Kareena Kapoor. It looks like she is part of 3 back to back episodes of some horrible hindi soap.

Some might think that this would be one of those films where a female actor gets to emote. Considering that Kareena plays an actor with some unnamed psychological disorder, I must say that the director has taken this platform to insult not just actors but also people who actually suffer from this problem. If Bhandarkar wanted to create a main lead with severe self-esteem and trust issues, there was absolutely no need to bring an unnecessary ‘disorder’ into the picture. And what’s with the psychiatric writing down a prescription without asking questions? A few shrinks should also take offence i believe.

Worst of all is the fact that the film looks like it is made on a very small budget. Except for a few shots of a beach and some yacht, the film looks like it is made on money put together by Kitty party club and not UTV. I was just left speechless as to how a big budget film turns out to look this cheap. Where did the money go? I think on the red, pink, black, gold, silver, green, yellow, white, blue, dresses.

There is nothing good about the film but there are a few genuine moments thanks to Ranvir Shorey and Shahana Goswami. They unfortunately are made to be part of a plot that is beyond absurd. The only moment of some real emotions is turned into a sex scene – yes… you read that right. And it is not with Ranvir Shorey!

Its time Kareena starts doing some real films. Somehow its is easier to tolerate her as a decorative item in big-budget films with the Khans, but when she is being made to do the same in her own film its time to reconsider film choices.