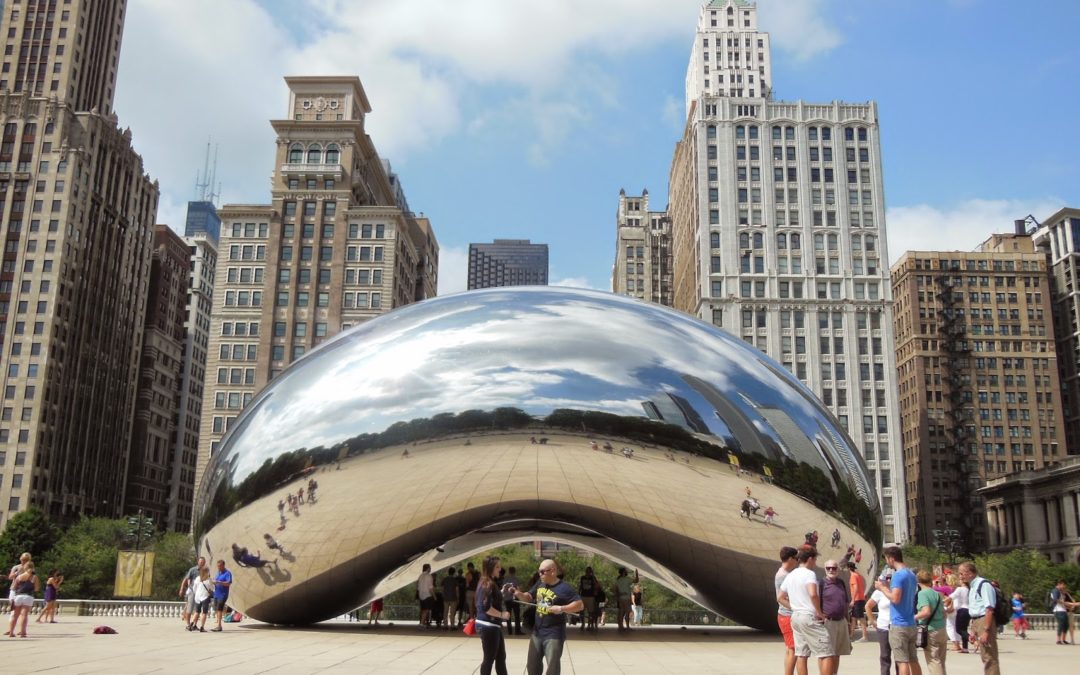 I had the absolute pleasure of visiting in this beautiful city in various times during the year, from the freezing cold, to the blossoming spring and the absolutely delicious Autumn. But of course the winner remains summer, not because of the weather but because it brings along a myriad of activities like film screenings in the park, food festivals that you can not take part in any other time. But worry not, whatever may be the time of the year you are visiting that are a bunch of fantastic places to visit and insane places to eat at in this city on the shores of Lake Michigan.

I will be mentioning a few museums in this writeup and usually the response i get is an eye-roll but you couldn’t be far from boredom in these fantastic and ginormous institutions. These places are just not a collection of artifacts but also planned so well that even the most uninterested of people will find enough to do and see. If you are really into stuff, each museum would take at least 4 hours to see and if you are not, even then you’ll end up 2 hours just walking end to end.

Art Institute of Chicago – Despite my three visits to the place, I could always visit it one more time. It is not just a collection of some of the most beautiful paintings, stretching from ancient European to Modern contemporary but also a Miniature room, photographs, sculptures and a wonderful and well stocked cafe, overlooking the beautiful garden which provides a welcome break from looking at the art. Thursday (5 PM – 8 PM) are free. Just give a Illinois zip code at the entry and get a ticket.

Museum of Science and Technology – A real submarine tour, in-house tornado, and watching chickens hatch from eggs make for only 2% of the the fun at the place. This place has endless possibilities, even of you did not score that well in science in school.

Millennium Park and Grant Park – A distant cousin of the spectacular Central park, this place remains one of my favourite place in the city. Just lay back, laze around bathing in the sun, read a book and if you lucky an orchestra might be playing to provide you with a wonderful background score to your wonderful day. The place also hosts a variety of events all through summer. Also walk through the Millennium park, from the ‘Bean’ to the lovely ‘Buckingham Fountain’ through the manicured Grant park.

Shedds Aquarium – Go in early so you can get the tickets for the dolphin and Beluga show. Watch the Jelly fish, an anaconda, giant turtles, sea horse, sea lion and pretty much any specie of fish and many sea mammals you could think.

Brookefield Zoo – Except for the lame options for food, nothing is lame about this beautiful, lush zoo. Wear sports shoes because there would be a lot of walking involved. Also has a Dolphin show in the afternoon which is a must catch.

Adler Planetarium – Alright…I did have a lot of fun at the place but that is because i attended it on a special, once a month event called After Dark, open only to people above 21 because they serve alcohol that night. So if you are planning to attend i would suggest you check this one. The view of the city from the planetarium is spectacular.

Navy Pier & Lake Shore – This is purely a Summer place. Take a boat tour taking in the magnificent architecture of the city. Relax in the beer garden and sip on a dark port. Stare at the massive and windy Lake Michigan. And bring your sun glasses along. Take a walk along the Lake Shore drive, starting from Navy pier to the Shedd’s Aquarium. If you have only one day in the city, this would form on the top of my list, a great lunch, Stepphenwolf, followed by some Blues.

Listen to Blues – You can go to the ever popular House of Blues or go for the slightly more underground BLUES, at N Halsted Street. It would not be a night wasted, i promise you.

Stepphenwolf Theatre – Go and watch a play at this institution. Discounted $20 tickets are available on the day of the performance from 11 Am onwards on the phone.

Visit some Neighbourhoods – Chicago is of course much more than just the downtown. It is an amalgamation of various culture and countries and there is absolutely nothing more fascinating than getting lost in a neighbourhood, chomping on the food and walking though the stores.

Greek Town – Wonderful Greek food all around you. Have an insanely heavy meal at Santorini or Roditys and keep coming back for more.

Andersonville – This Swedish neighbourhood of Chicago serves up quite a bit on the platter. Hip coffee joints, thrift shops, affordable boutiques, comic shops, furniture stores and some amazing bakeries. It has much to offer. The best places on the list?

Swedish Bakery – Smell the wonderful sweetened air as you walk in and pick up some baked supplies. My favourite would be the apple tart.

The Coffee Studio – Great place to chill and have a caramel latte.

AlleyCat Comics – Literally in an alley behind Starbucks, you can browse through their selection of DC, Marvel and many more.

The Brown Elephant – A resale store whose proceeds go to Aids research, here you can find little gems you are scrappy enough. Great place to pick insanely cheap books!

ChinaTown – I love chinatown. Period. There is something so generous and comforting about this place that i cannot express with reason. Maybe it is just the endless supply of dumplings. With hundreds of restaurants, food stores, tea shops this wonderful neighbourhood has much to explore. Don’t forget to try a Thai Ice tea with Tapioca at Joy Yee, dim sums at Triple Crown Restaurant and the signature chilli chicken at Lao Sze Chuan.

To Eat – There needs to be a whole post only dedicated to that. Watch out for this space.