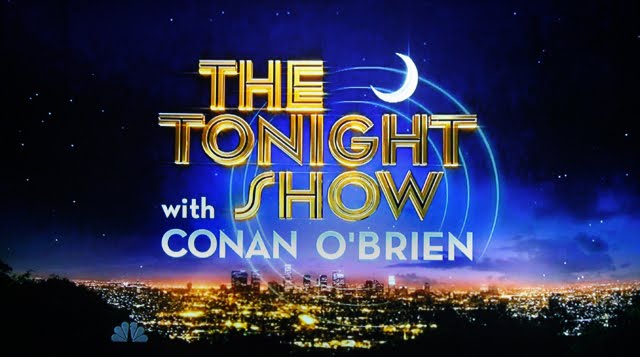 It’s been some time since the anger/backlash/madness/comedy at The Tonight Show, ever since the news of Conan O’ Brien being dropped came out. What actually has been catching my attention is the hoards of celebrities who have been showing up on the show and actually thrashing NBC openly about the decision.

For those who have not been keeping up, about 7 months back, NBC replaced Jay Leno on The Tonight Show giving the spot to Conan O’ Brien who was hosting The Late Show on the same network. After only seven months, the network decided to shift Jay to the night time and shifting Conan’s show to after midnight because of less than expected ratings. Conan refused and now to cut the long story short, the show is coming to an end and NBC is paying him a $40 million exit package.

It does make sense to pull off or cut the air supply of sinking ships but then, The Tonight Show is not really one. Conan may not have been enjoying the same popularity as Jay Leno did (17 years…phew!) but even he took some time to reach the peak that he did. His brand of humour appealed to the younger demographic a lot more and he did manage to pull down the average demographic age of the show. And going by his own history with NBC (Late Night with Conan) a relationship that started off in 1993 it could be very well seen that he did manage to pull through even for more than 16 years even though the initial ratings were not as expected (Following Letterman).

What I find interesting is that Conan O’ Brien has had the opportunity to follow up both Letterman and Leno in his career and both didn’t really take off so smoothly. But though NBC took chances with the Late Night (more so because of lack of replacement) they did the opposite with The Tonight show because they think they have the answer to their problems right there in the network – Leno. NBC maybe taking a short term strategy to get the ratings up again but the problem may not end here for them. Jay Leno will eventually retire in a few years and they would be left to find another replacement and eventually re launch The Tonight Show. Again!