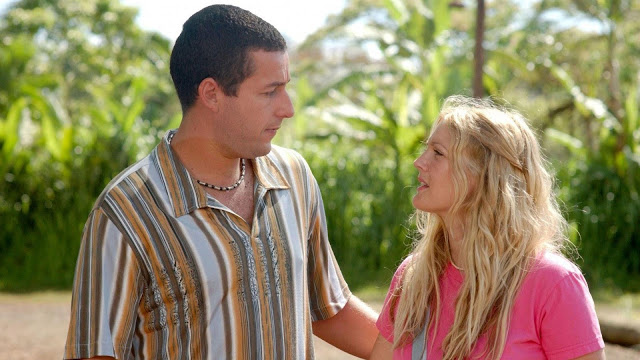 50 First Dates (2004)
Director: Peter Segal
Starring: Adam Sandler, Drew Barrymore
A prime area where a romantic comedy fails is that fact that it is considered to be a complete female territory. It is all roses and unreal men, but once a while comes a film that breaks this barrier, to show that it is not just the girls who love a good romance. ’50 First Dates’ the obnoxious world of Adam Sandler and Rob Schneider and adds to it a twist that is so high up in the ‘most romantic things to do’ category that it is hard to not feel a thing. A mix of sweet romance and obnoxious toilet humour, this film is where the opposites of the world meet for something wonderfully sweet, heartfelt and yet very very funny.
Waitress (2005)
Director: Adrienne Shelly
Starring: Keri Russell 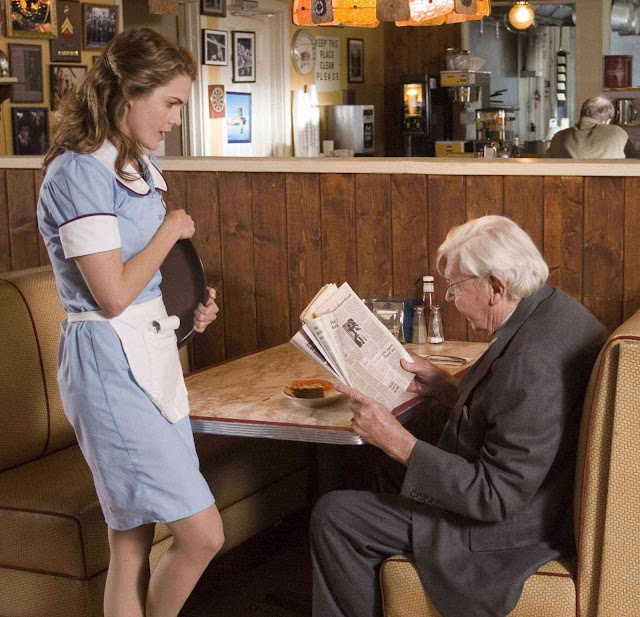 This is not a typical love story where the leading lady finds a happy ending with the man of her dreams. Instead, in this delicious comedy Jenna (Keri Russell) finds her happy ending, one filled up of hope and a lot of pies. One of the highlights of the film is the depiction of Jenna and the fact that she openly expresses her unhappiness over her pregnancy. Not many female protagonists can pull that off without coming off as evil monsters. And the fact that the film derives its humour from Jenna’s situation is what makes it a wonderful watch. Not for a moment is it slathered in self-pity and instead finds its joy in the small happy moments in life like baking pies and extra-marital affairs.
Friends with Kids (2011)
Director: Jennifer Westfeldt
Starring: Jennifer Westfeldt, Kristen Wiig, Adam Scott, and Megan Fox 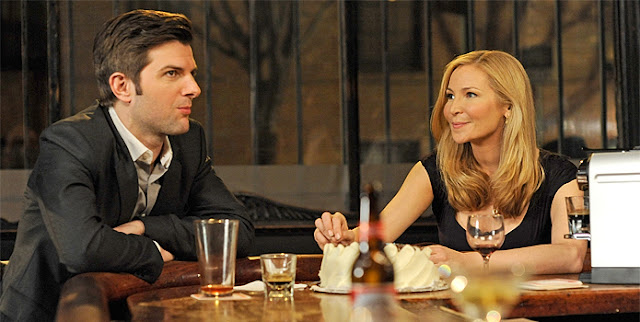 I just love the concept of this film. It is one of those fairy-tales which while always do come crashing down to reality of the societal norms, is just magical while it lasts. The joy of watching this film is that the audience finds itself in the position of Jason (Adam Scott) and Julie’s (Westfeldt) friends and we all watch in pure amazement when the two best friends declare that they will bring up a child together because they are tired of waiting for their life partners. The film has a bold voice of its own where not just the protagonists but even the friends are given their point of view in a clear straight fashion. This film is a fun watch for people who want something more out of a romantic comedy.
Bridget Jones’s Diary (2001)
Director: Sharon Maguire
Starring: Renée Zellweger, Hugh Grant, Colin Firth

I did not like the idea of the film at first, especially since the witty-pathetic diary of Bridget was turned into a mere love triangle on screen. But over time I have come to terms with the fact that comparing films to books is an absolute waste of time. Onscreen Bridget might be a toned down version but one of the key reasons it works is the brilliant performance by Zellweger as bumbling yet adorable journalist. To manage to take embarrassment and yet turn out to be charming is not something everyone can do this effortlessly. Add to it Grant as a heartless womanizer and Firth as the ever so decent Mr Darcy (somewhat of a british Manu, I must say) and you have an extremely entertaining film about growing up and then finding that there are miles more to go.
Chameli Ki Shaadi (1986)
Director: Basu Chatterjee
Starring: Anil Kapoor, Amrita Singh, Pankaj Kapoor, Amjad Khan 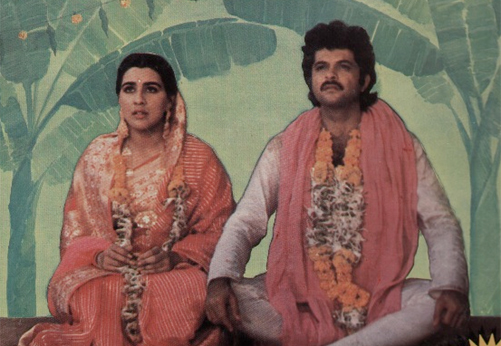 Chameli ki Shaadi is a one it its kind film which remains fresh to the eyes which ever age you might watch it. Though this film dwells more on the hurdles of the inter-caste marriage instead on the romance of the main leads, it is the fierceness with which both Charandas (Anil Kapoor) and Chameli (Amrita Singh) protect their relationship that forms the crux of this ROFL comedy. It is one of those few films where almost every character was played brilliantly and not one actor but the entire cast makes the film hilarious. Highly obnoxious in its treatment and yet very relevant to its cause, this one is highly recommended to those who have seen it yet.
Share karo yaar... tumhe filmon ki kasam