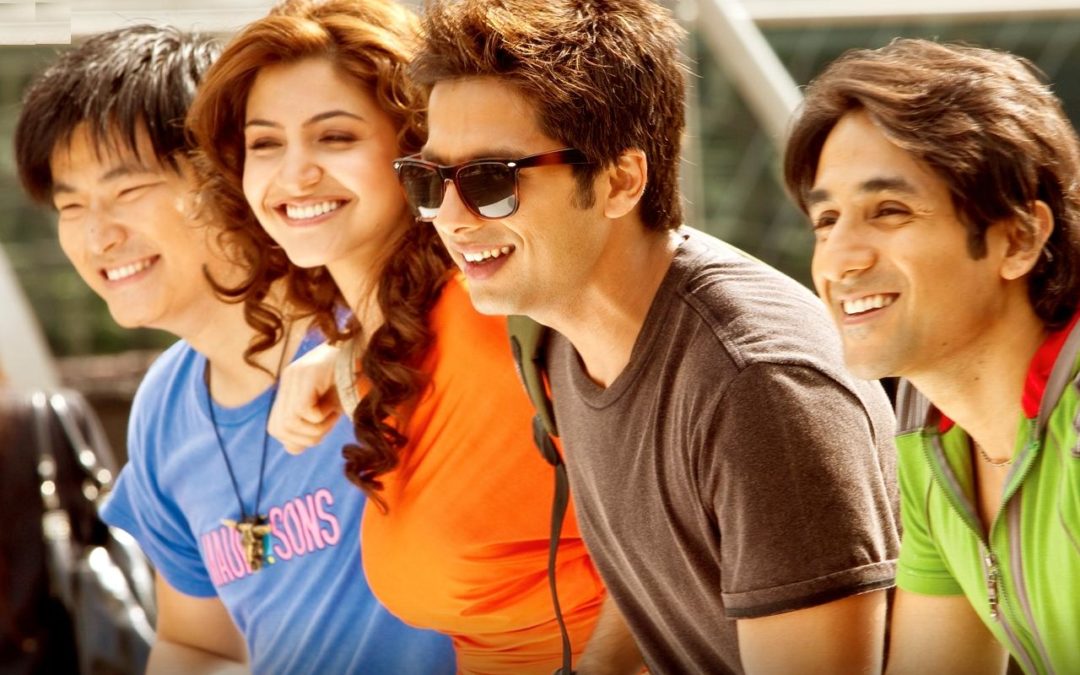 I wonder if the word bad was derived out of badmash but well just something on top of my mind. Parmeet Sethi, who is mostly known as the Kuljeet of DDLJ, comes out with something decent with Badmash Company. The movie is about four young friends get together in 90’s middle class Mumbai to start a company, Friends and co. What is their business? They steal. Steal what? Customs duty.

Karan (Sahid Kapoor) has a bright brain which gets even brighter ideas which gets him fast cash with the help of his friends Zing (Meiyang Chang) and Chandu (Vir Das) and his girlfriend Bulbul (Anushka Sharma). I won’t divulge the plot and the exact way that these four get the cash because that it the interesting part of the movie. But after the economic reforms in 1990s, their plans go kaput and they decide to go to USA. In the land of dreams they manage to recreate some of their magic and get rich…fast. And as it happens with fast cash they also lose track of life. At least Karan does whose sole aim in life remains to get richer at any cost and he doesn’t even realise that he is putting lives of people in danger. Even Zing develops a severe alcohol problem and thus appears the first cracks in the friends and co. Soon everyone leaves leaving Karan alone. What happens next is a lot of melodrama and the only thing that saves the movie is the last trick they pull which is actually as good as a brilliant marketing strategy.

The movie is actually not that bad. Though the setting always doesn’t seem very 90s but at least the characters are in place. The first half is tight and fast paced but it is the second half where the movie takes a bad beating. It slows down, there is a lot of (I mean a lot of melodrama) and the sudden change in the character of Karan and Zing is not explained properly. All that could have been avoided because it doesn’t really do anything for the movie. Thankfully the romantic angle between Karan and Bulbul is not give any special attention and forms a part and parcel of the movie. It’s refreshing to see them romance because of the kind of comfort that comes across when you see them together without singing any love songs. Vir Das and Meiyang Chang are also good in their roles. The movie only has three songs and all are in the background and could have been avoided. Music is not really the high point of the movie. The high point is actually the script and the direction by Parmeet Sethi. He shows some promise in his debut movie. The editing slacks especially in the second half which could have made the movie much much better than its current avatar.

So should you watch it? It’s good time pass and you wouldn’t come out complaining too much.