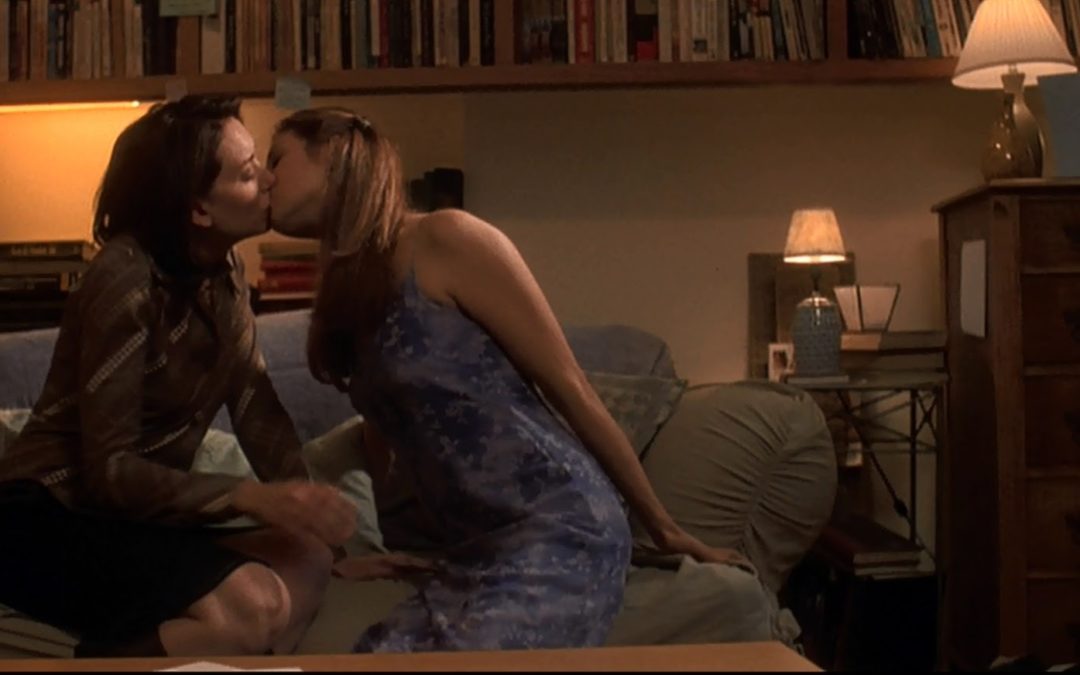 The great thing about doing a little online search work is that once in a while you come across movies that surprise you. This is what happened when I saw ‘Kissing Jessica Stein’. An independent movie released in film festivals, this romantic comedy was interesting piece to watch in terms of what it had to say. The thing about the genre of romantic comedy is that it is filled with clichés. The girl meets a guy or vice versa and they overcome obstacles to eventually fall in love. While this formula works just about fine, watching this movie I was forced to discard any preconceived notions about a romance. And that is why I liked the movie so much. It forces the viewer to think beyond labels and look at romance or a relationship just as it is.

The movie follows a year in the life of twenty-eight year old Jessica Stein (Jennifer Westfeldt), a Jewish copyeditor living and working in New York City. She is plagued by failed blind dates with men, and decides to answer a newspaper’s personal advertisement placed by Helen Cooper (Heather Juergensen), a thirty something art gallerist bisexual who is seeking a lesbian relationship to replace her unsatisfying sex with men.
Jennifer Westfeldt makes for a very enjoyable Jessica. She is adorable as a woman looking for love, something we have see far too often on screen. But what makes her character different is her openness towards the new relationship, once she agrees to it. Her initial conversations with Helen about the relationship will function are very humorous to watch, banking on the extremities of the two characters. Heather Juergensen, starts out with a performance that is very strong but it is her vulnerability that is visible towards the end that makes the combination work. The movie has a host of other characters that make the situation complex including Jessica’s mother played by Tovah Feldshuh and her ex boyfriend/boss Josh (Scott Cohen).

What I enjoyed about the movie so much was the interesting manner in which the chemistry between Jessica and Helen is used. While Jessica is uncomfortable yet intrigued by her instincts to move on with her relationship, Helen is confident and sexual, making for a very entertaining watch. In addition to that, Jessica is never really labeled as a lesbian or a bi-sexual but in a conversation with one of her friends realizes that if all her needs from a relationship are being fulfilled then there is nothing wrong with it.

The movie actually belongs to the two leading ladies who also wrote the script. The script remains very pulled together, never losing sight of the story and wasting time on unnecessary drama. The movie tackles the subject matter with integrity and still comes out as entertaining. Charles Herman-Wurmfeld directs the movie in a manner, which makes it look fresh and keeps the scenes light enough for the audience to enjoy.

Try out the movie, you will surely like it.