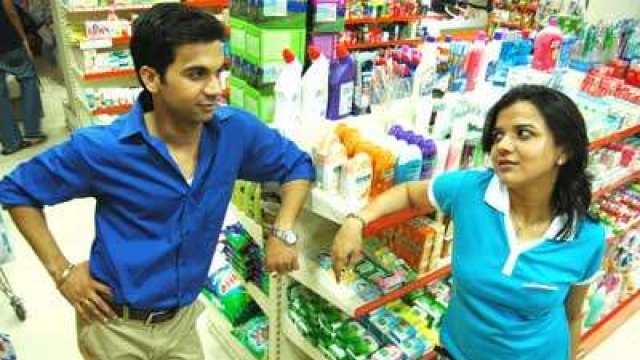 LSD is an attempt to present the not so great side of life. Stories where the protagonists are ugly losers who you wouldn’t even think about dating. Females who don’t dream more than being an item girl and the men for whom their entire life just revolves around ways of getting money, irrespective of the price. The three stories of the ensemble piece are distinct and if not fresh than at least told freshly.

Love, is about a young couple and the consequences of falling in love in this country. This is the most brave and moving of the three stories. You often hear about honor killings but you watch the last scene of this movie and it will shake you to your very core. This is also the most entertaining of the three movies. It’s funny, romantic and shocking and maybe should have been kept for the end to make a lasting impact.

Sex is not so much about sex but how it is sometimes used in this world. How sex and voyeurism have paved a way to a new kind of depravity called sex tapes. This is not about Paris Hilton doing it with her boyfriend or Pam Anderson making one with Tommy Lee. This is about those women who are used and abused because of the technological advancements the world has made. Though the movie is not as great as the first one, it still makes a strong point.

Dhokha. This is the weakest link in the trilogy. It takes on a lot of topics at the same time. Sting operations and how low media can stoop, using them to get ratings. What all a person would be willing to do in desperation and the casting couch and the string of item girls in the industry, this movie has substance but lacks direction.

The actors are all apt in their roles, like they have just been taken from the street or like we are actually watching some camera recording. It was an intelligent decision on the director’s part to take new faces for this movie. Dibakar Banerjee has made a brave attempt through this endeavor. But while the intent is there the movie is not as moving as it could have been. It is a little too long and the second and third stories just slack in comparison of the first. Nonetheless, watch it to acknowledge that this industry has more than we give it credit for. And there are stories all around us which need to be told.