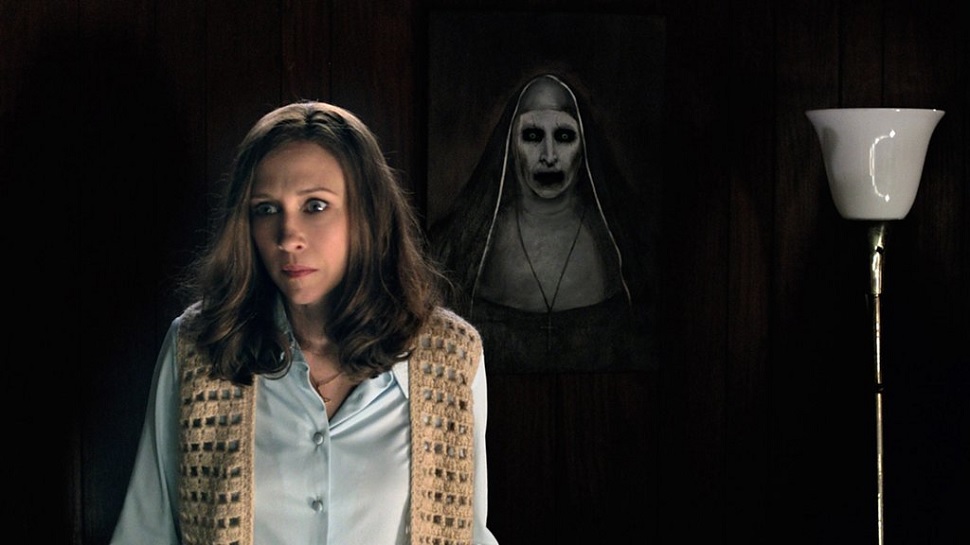 I had gone to see this film a couple of weeks back when it released. But it is somehow, after my second viewing that I felt I wanted to write about it. I as a movie buff am not personally fond of horror film, like many of my friends who will take any chance (including bad hindi films) to get a scare. I have had no such luck with this genre of course with some exceptions. This was however no correct for The Conjuring.
A sign of a good horror film is when people in your movie hall keep cracking jokes to keep feeling ‘not scared’, something that happened too much and too often when I saw the film for the second time. As my brother aptly put, the film has all the usual elements of a common horror film, but somehow it all works well together without seeming cliché. Even as I saw it for the first time around, I could not help but see it as a combined dose of The Exorcist, The Ring and Birds but still stared unblinkingly at the screen, scared of what might happen.
The story starts out with Carolyn and Roger Perron moving into a dilapidated old farmhouse in Harrisville, Rhode Island with their five daughters. Over the next several days, various instances of paranormal activity occur that scare the family and due to which Carolyn contacts noted paranormal investigators Ed and Lorraine Warren for help.
What this film has for sure is a great screenplay. Most films of this genre, start out very strong and fizzle out by the end or in the later part. Here, if anything, the film gets even stronger as the story progresses. The audience is drawn in, involved in the life of the Perron family, and then scared out of their lives with every small and big instance. Even in the later part of the film, where the audience is aware of what the family is dealing with, the film never loses its fast pace even for a moment. Not for a second would you want to turn away, and still every second you would want to look away from what might happen on the screen.
One of my favourite scene from the film is the last bit, where Ed and Lorraine Warren conduct an exorcism, which even though quite full of the usual fare also contained a moment that was emotional and so exceedingly human, that I almost felt as if I was watching a family drama and not a Horror film. Writer Chad Hayes and director James Wan, do an exceptional job in creating the numerous characters that go into making this film so gripping, including the paranormal ones. Patrick Wilson and especially Vera Farmiga both give restrained but moving performances as the Ed and Lorraine Warren. Farmiga is especially lovely, and one of the major reasons that the film comes together as gut wrenching scary.
If you have not seen this film, you are definitely missing out of something.
Share karo yaar... tumhe filmon ki kasam