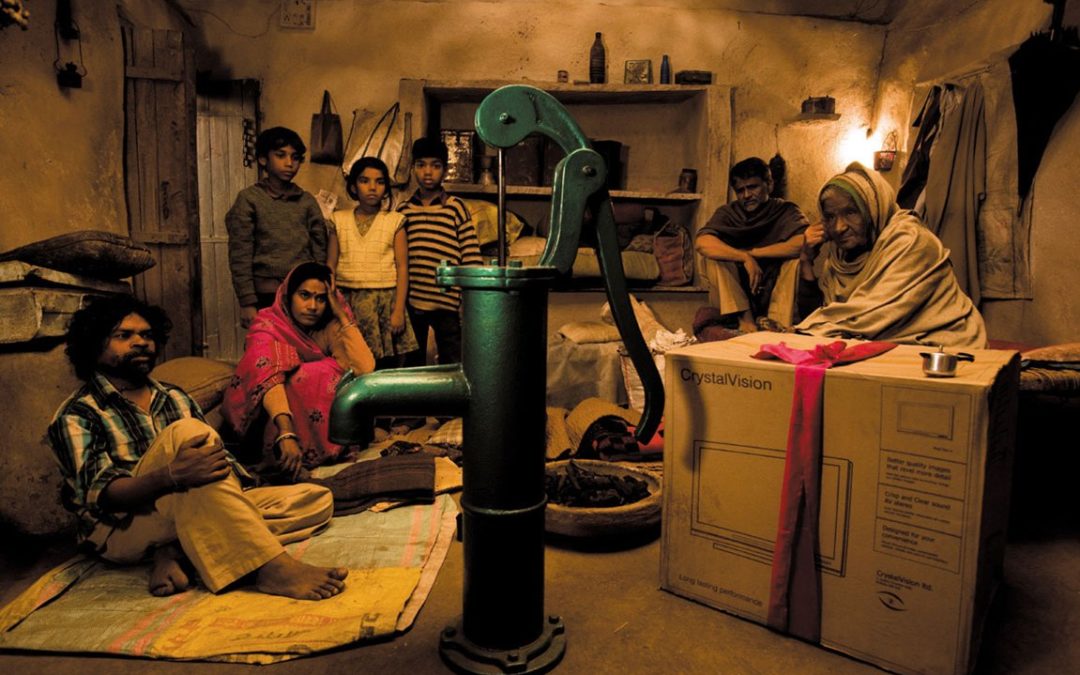 We live in a strange world where people know what is wrong but ignore it. And the only way we would even want to accept the truth is when we are tricked into it. This is exactly what Anusha Rizvi does with the modern India, who has conveniently forgotten that 70 percent of the population still lives in the villages.

The story of farmer suicide could not have been sold any other way but to make fun of the situation, not by them but by us. See nothing on Peepli is unrealistic. But we still laugh. Whether it is the beedi smoking, bad mouthed mother-in-law (Farrukh Zaffer) who has verbal spats with her hot headed bahu, a brother coercing his younger brother into committing suicide, media frenzy, hindi vs english population of the country, fake journalism, all of it happens. It’s not made up. After getting out of the movie, a friend of mine asked me, “So does it really happen? It’s all made up?”. I said, “Not all, but yes, some is.”

The story about Natha (Omkar Das Manikpuri) who decides to commit suicide at his brother’s (Raghubir Yadav) insistence, without understanding the consequences is hilarious. And Anusha couldn’t have picked a better man than Omkar to play the lead. He is so naive, gullible and simple, dominated partially by his wife Dhaniya (Shalini Vatsa) and the other time by his brother Buddhiya and the rest of the time by everyone else including reporters, politicians and cops. The english speaking journo played by Malaika Shenoy, does get on your nerves and made me remember the english honours college chicks in my college. But i guess that is the point. Nawazuddin Siddiqui, as the local reporter Rajeev, who aspires to work in a real media house, is almost moving. He is the only one who sees some sense through this cloud of confusion and also the one who started it all. Ironically, he is the one who doesn’t even get to put this massive media mishmash on his CV to finally get that dream job.

The music is earthy and to the point. It doesn’t add any baggage to the film and is hugely recommended otherwise too. But Peepli is a winner purely because of the strength of the crackling script and great dialogues. Anusha’s accomplishment as a director is seen in the film where you know exactly what she desires from each character and at what moment. She drives the film very precisely to its end which poses a question to everyone watching it as well as the thousands ignoring the issue.

Peepli [Live] has one major accomplishment. It’s entertaining. Like life is. Inspite of the misery, the cruelness, there is something that makes it entertaining. For the viewer at least, if not the ones actually leading it. Maybe God created the world because cable tv was not enough …