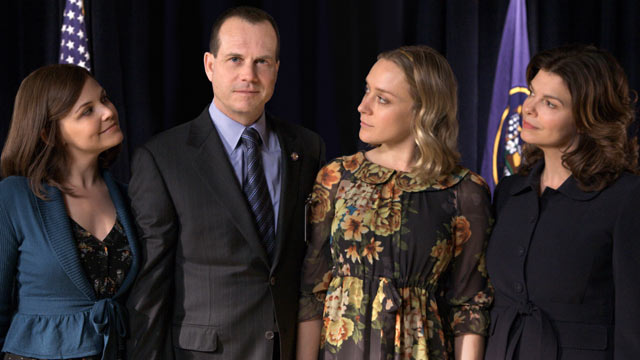 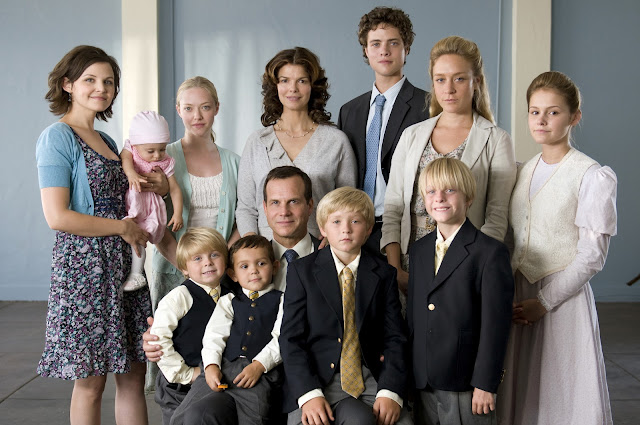 The one thing that caught my attention towards this HBO series was plural marriage. A guy married to three women is an interesting premise to start with and thus I downloaded the first season of ‘Big Love’. And I was hooked. Living in India, where polygyny is allowed under Sharia law and we have grown up with mythical stories of the Pandavas, the concept still sounded alien to me. And I would give full marks to the writers of this series to bring about emotions and complications of a relationship like this in such an easy manner that almost anyone would be more than intrigued. The show depicts the life of Bill Hendrickson and his three wives Barbra, Nicolette and Margene all trying to make sense of life while living in present day America where plural marriage is illegal.

Some of the main characters of the series are: 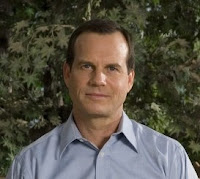 Bill Paxton as Bill Henrickson
He is husband to Barb, Nicki, and Marge. He is a practicing polygamist and runs the store Home Plus. 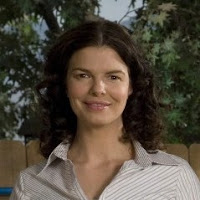 Jeanne Tripplehorn as Barbara Henrickson
She is Bill’s first wife and was married to him for 12 years before the second wife is added to the family. 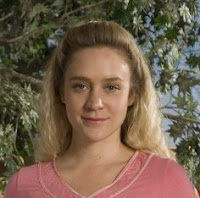 Chloë Sevigny as Nicolette Grant
She is Bill’s second wife. She is Barb’s former caretaker, during her bout with cancer and is also ‘prophet’ Roman Grant’s daughter. 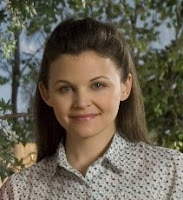 Ginnifer Goodwin as Margene Heffman
She is Bill’s third and youngest wife. She babysat the Henrickson children before getting married to Bill. 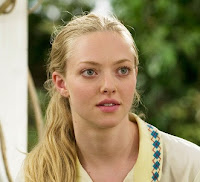 Amanda Seyfried as Sarah Henrickson
She is Bill and Barb’s first daughter, struggling with her father’s polygamy. 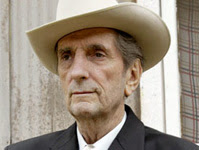 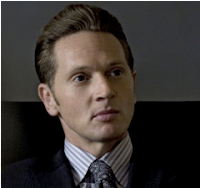 Matt Ross as Alby Grant
Roman Grant’s closeted gay son and the heir-apparent ‘Prophet’ of Juniper Creek.
The most entertaining part of the show is the chemistry that the leads share with each other. Just like in a two parent family here there is tension, fights as well as declaration of love between not just the husband and the wives but among the ‘sister-wives’ as well. They all together create this really interesting environment where each character brings something new to the table, which may or may not go well with the others. And I would be lying if I say that I find Bill’s relationship with his wives more interesting than the one they share with each other. The fight for power, the compassion and the complications which a normal family faces only become three times in this series. And to see the three women hold themselves together even when there is so much friction between them is the most endearing to watch.
Personally the first three seasons, when the story was limited to the complexity of the families and extended families, were of much higher quality than the last two when politics was the centre of the story. One of the best scenes of the series was the conversation that Nicolette and Albert have about the insensitive and demonic nature of their parents. The fact that Albert had previously on many instances tried to hurt Nicolette’s family and husband, seem to evaporate in this moment that the brother and sister share.
The older children Sarah and Ben also add their own set of complications to the story, bringing forth the confusion of a new generation. Finding their own path while shunned by their peers and uncomfortable with their home is not easy but the creator give the characters enough space to grow. And while Sarah goes for a normal convention, it is Ben who surprises and shocks with his decisions.

Bill Paxton as Bill Henrickson is charming and grounded. He gives a performance that eludes endurance and more than that, love. Among the women, Jeanne Tripplehorn as Barbra is like an all American mother who is full of love and compassion but her character really shines when she deals with Nicolette’s rigid beliefs and Margene’s free spirit. Ginnifer Goodwin as Margene is a joy to watch. Full of energy and slightly immature, she grows constantly in each season. But it is Chloë Sevigny as Nicolette who is the real fire cracker among the bunch. Her character carefully treads the thin line between unlikable and almost likeable through all the seasons. But it is her extreme nature that challenges Barb’s goodwill, Margene’s love and Bill’s endurance and faith, the most.
Creators Mark V. Olsen and Will Scheffer, have done an excellent job in making something as alien as a plural marriage seem approachable and most importantly by not compromising the values of any of the lead characters.
Share karo yaar... tumhe filmon ki kasam