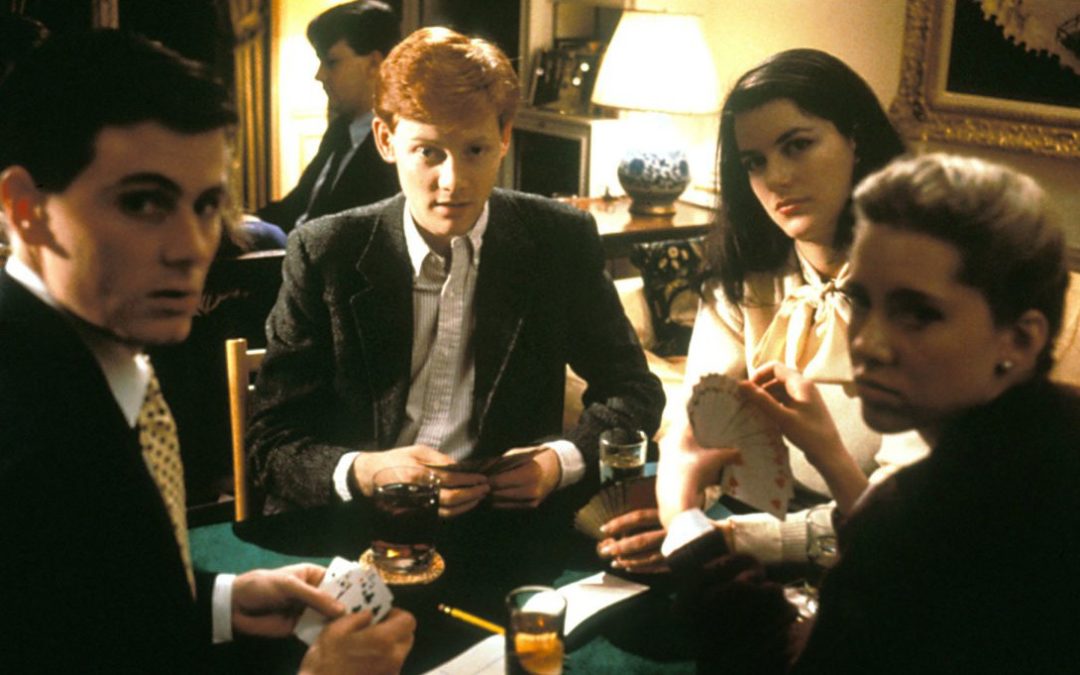 A couple of days back, I heard a friend talk about a colleague in his office. “This woman can start a conversation with anyone,” he said. “So I was talking to her about books and she started telling me about a many titles and how good those books were,” he continued. “So I obviously assumed she read a lot and ask her about it. And she replies back saying that she is not interested in reading books but just reads about books,” he said laughing.  I am not sure if my friend’s colleague could be termed as a *UHB (Urban Haute Bourgeoisie) but I could not help but wonder if she would be probably 10 years down the line, when she will have the sense to not reveal her disinterest to strangers.
Why I wrote this story before talking about the film would be clear to people who have already seen the film. Those who haven’t would have to read on.
‘Metropolitan’ depicts the lives of young, well-educated upper-class New Yorkers (or, as one character calls them, the ‘urban haute bourgeoisie’) home for break from their first year of college. Middle-class Princeton student Tom Townsend (Edward Clements), attends a ball one evening on a whim and meets this small group of young socialites. Tom attends several more balls and after-parties over the next two weeks, gradually becoming ingratiated with this group of people he had claimed to disdain at first. Unknown to Tom, another girl in the group, Audrey (Carolyn Farina), has a crush on him.
In one of my favourite scenes from the film, Tom talks extensively about how he dislikes the literature by Jane Austen, who Audrey is fond of. But during the course of the conversation he reveals that he has not read a single book by Austen and prefers literary criticism over the actual book. Sample this:
Tom: “You don’t have to have read a book to have an opinion on it. I haven’t read the Bible, either.”
Audrey: “What Jane Austen novels have you read?”
Tom: “None. I don’t read novels. I prefer good literary criticism. That way you get both the novelist’s ideas as well as the critic’s thinking. With fiction, I can never forget that none of it ever happened; that it’s all just made up by the author.” 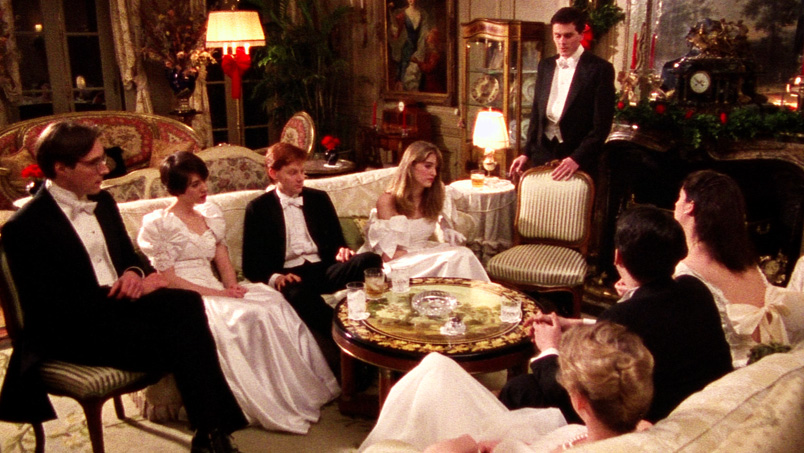 Beside Clements and Farina, the most enjoyable characters of the film are Chris Eigeman as Nick Smith and Taylor Nichols as Charlie Black. Eigeman’s Nick is this complete cynic who speaks with the conviction and confidence of Lord Henry from ‘Dorian Gray’. He will pass judgement, invent stories, push people’s buttons and say anything without a drop of morality in it, but that does not take away from the fact that he is entertaining to watch. He may not speak the truth but when he speaks the group listens and that is the quality you cannot ignore. Charlie Black on the other hand only speaks the truth. He reminds me of the ample leading men in the many Jane Austen novels if they were all played by Woody Allen on screen and don’t get the girl at any point of the film.
The thing about ‘Metropolitan’ is that while on the outside it a sophisticated story of well educated people talking about socialism, Freud and what not, in reality it is the simple story of faulty aspirations. Tom’s unflinching obsession with an ex-girlfriend, a fantasy that he aspires for throughout the film is what makes him so normal, despite is intellect. While he may critique literary characters and their relationships, he is blind to his own when it comes to women. At the end of the day, the film is just about how people often ignore things standing right in front of them, choosing the thrill and lust of the unknown. Like the many many many, romantic-comedies, Tom realizes that it is the nice girl that he really wants and not the temptress who he thought he wanted all this while.
Metropolitan is of course, not a film for everyone. It is built primarily on the dialogue that a group of people share over numerous get-togethers and thus for someone to enjoy the film, they would have to listen intently. I would still urge you to watch the film for the cultural significance it holds. And if not that, just enjoy the director Whit Stillman’s beautiful satire of a generation that one often does not understand and thus ignores.
[* Comes from the film “Metropolitan” in a bar scene where two young republicans define themselves as cultured post-modern upper-middle class sophisticates; thus, Urban Haute Bourgeoisie, or UHB.]
Share karo yaar... tumhe filmon ki kasam