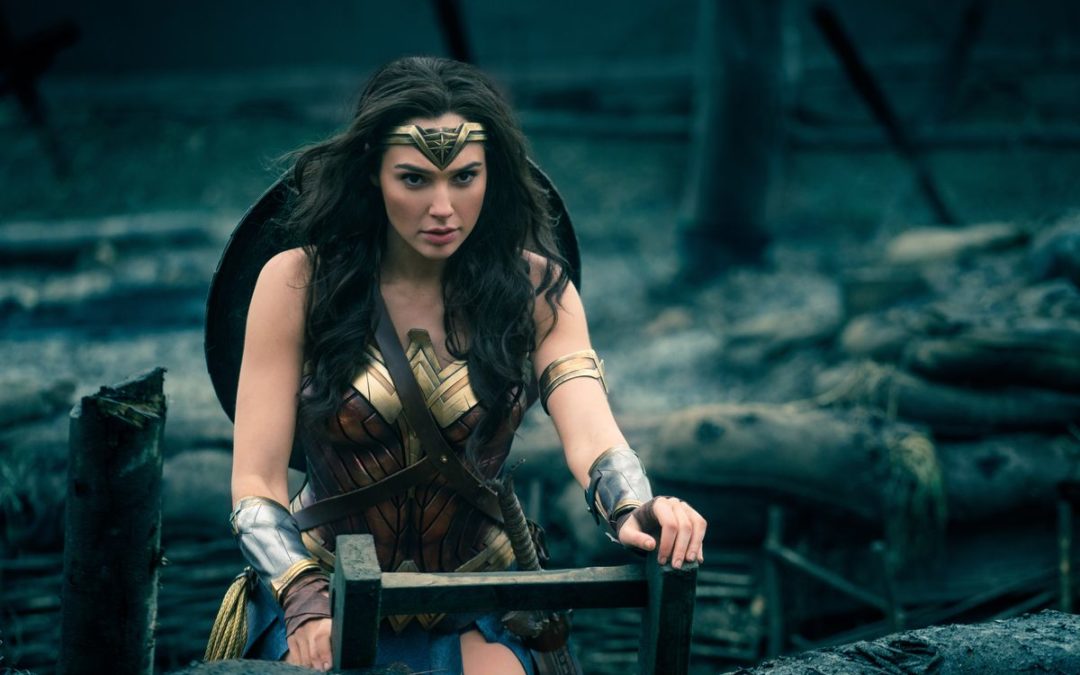 I don’t think I have ever had the pleasure of staring into a screen and see only women. Powerful women flying across the landscape, swords in hands, beautiful, honourable and strong. So while yesterday I didn’t care about the tag but today I want to celebrate the fact that the world finally has a female superhero headlining a film which has been directed by a woman. It’s only when you see it on screen that you realise what you have never been given. A pity single role, hyper sexualised action heroines, good enough for a woman but never good enough. Wonder Woman gives me not a taste but a buffet. It gives me women we have seen before on screen – they are free. There could possibly be no better story than that of Diana for this first big budget Female superhero film because she is a woman from a tribe who were never had to waste their energy to fight for their gender.

I suppose the one scene which truly reflected the way in which this film is beautiful is when Diana leaves her planet for the world of men. She is caught by her mother, the queen after which there is an interaction between the mother and daughter. The conversation that succeeds does not even have a bit of disapproval, shame, threats, ostracisation that usually is the fodder of such scenes. And yet it has all the strength and sadness that it should. The queen is incredibly sad that her daughter is leaving her home and has not obeyed her command. She warns her of the danger of the world she is about to enter, tells her that she is young and inexperienced and yet recognises her daughter to be an intelligent and strong and respects her decision to leave. And in the last moments together she makes sure her daughter knows how much she is loved before mourning the possibility of this being their last encounter.

It is because how she was brought up by strong parent who instilled confidence in her daughter about her mental capacity and strength that Diana is able to deal with the blatant sexism she faced continuously as soon as she enters the world. There aren’t many depiction of a woman, never having experienced some form of sexism. It has to be imagined individually and that process is difficult. Watching this film just gave a glimpse of that image. And it’s quite beautiful.