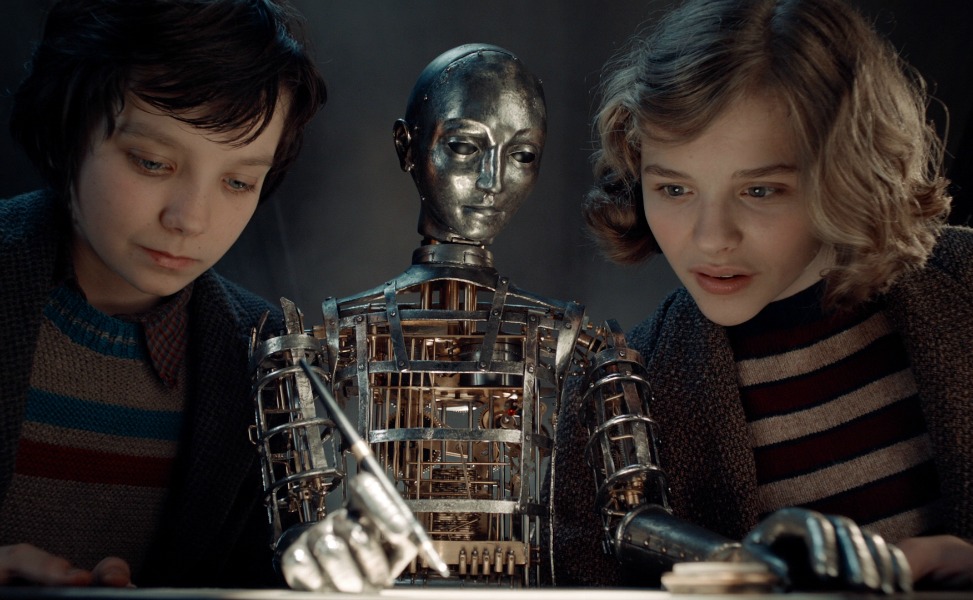 When Martin Scorsese comes out with a movie it goes without saying that one wants to watch it. But when Scorsese comes out with a movie without gangsters that is when you really need to see what he is upto. With ‘Hugo’ the master director invites into a world which he doesn’t often look into. It is full of mystery and a strange sense of magic that he strangely derives from the French railway station and its inhabitants. And the magic did rub on me as well as I sat glued watching the story of a boy called Hugo Cabret.

The movie starts out in the walls of the railway station Gare Montparnasse in Paris, where a 12-year-old Orphan Hugo (Asa Butterfield) who lives. Soon he is engulfed in the life of a toy store owner Georges (Ben Kingsley) and his goddaughter Isabelle (Chloë Grace Moretz) for reasons that remain unknown. There is also a sub-plot about the Station Inspector Gustave (Sacha Baron Cohen) who likes catching orphans and sending them to the city orphanage.

The movie is about many elements. There is the very obvious sense of tragedy which you see through not only Hugo but also the eyes of Georges. The goddaughter Isabelle provides the lighthearted moments in the movie that only a young woman surrounded with love could. It is through her untainted heart that both Hugo and her God father find joy again. But beyond all the human elements it is the mystery in the storytelling technique that catches your attention. It is like watching Pandora’s Box unfold where each little clue tells you something but does not give away more than it should.

Asa Butterfield as Hugo is the heart and soul of this movie. His performance is the combination of the innocence of childhood, the endurance that comes with facing tragedy and the fear of loneliness. His confrontation with Inspector Gustave when he finally gets caught is so heart wrenching that you find yourself wanting to adopt him. Ben Kingsley as Georges is restrained but through the tough exterior you still see the broken man in his eyes. Another great performance is by Helen McCrory as Mama Jeanne. Sacha Baron Cohen was his eccentric self in the movie but not in his own way but following the vision of Scorsese. He is terrifying and yet you see his humane side when he comes in contact with a flower girl. For me, the biggest disappointment was the performance of Chloë Grace Moretz. After her firecracker act as Hit Girl in ‘Kick-Ass’, she seems too demure in Hugo. Nonetheless her role is too important to ignore and she gives it just enough.

Cinematographer Robert Richardson plays the vision of the director and creates a world which though very much a reality still seems magical. Probably it is the romance and mystery associated with Paris that makes it possible to do that. But unlike the Paris of Woody Allen in the recent ‘Midnight in Paris’, Scorsese’s world is full of characters that would appeal to the child in every person. It is like reading a Harry Potter (1 & 2) or The Faraway Tree (Enid Blyton), which probably stems from the fact that the movie is based on Brian Selznick’s novel ‘The Invention of Hugo Cabret’. I have not read the book so I am no judge as to how it has translated on screen but Scorsese has done a fabulous job at bringing out the story with as much heart as Hugo has.