So what exactly is Crème brûlée  I asked myself the other day at a restaurant while staring at the menu. The sad thing about most restaurant menus is that they never actually tell you what you are ordering and most people just don’t make the effort of talking to the waiter. It would be sweet, it might be chocolatey, so it couldn’t be that bad we say to ourselves before ordering for something new! I had myself a few years ordered a french dessert which was supposed to be made of chocolate and hazelnut. I waited excitedly, hoping to be enticed by something fantastic, until it arrived and I realized that the exotic dessert was in reality a sweet dosa covered in chocolate sauce and some nuts thrown in.
Nonetheless, taking another chance we ordered the Crème brûlée and thus arrived this wonderful looking dessert, in a white bowl. Caramel coloured layer on the top and gooey on the inside, it looked fantastic. “No wonder it was given such a brilliant name,” I thought. But one spoonful later I realized that while it tastes fantastic, it is actually not as exotic as it sounds. Crème brûlée, also known as Burnt Cream in reality is just custard with a layer of caramel on top.
For the absolute novices, this is obviously not the custard made from the packaged powder. Blasphemy!  The real Custard is made from a mix of vanilla, egg yolks, sugar and cream. It can be cooked on the stove or in this case, baked in an oven. To finally turn it into Crème brûlée, the caramel is formed directly on top of the custard, immediately before serving. To do this, sugar is sprinkled on the custard and then caramelized under a broiler or with a blow torch. Yes… A blow torch! But obviously those are more likely to be found in fancy restaurant kitchens and us mortals have to be satisfied with the grill setting on the standard oven. Very easy to cook, this is a great dessert to be made at home and is a must try! 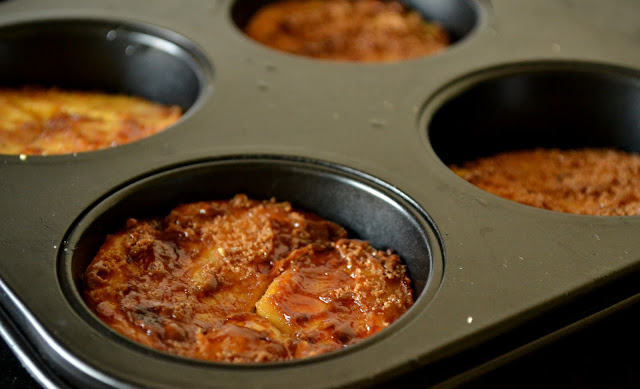