The human life is controlled by three organs of body and in a way all of that is just chemicals rushing through your blood stream. There is the mind, a lot of grey matter that forces you to think. The heart which pumps blood through the rest of the body and in the romantic world is believed to be responsible for emotions. And then there are the genitals which when in control can provide immense amount of pleasure and if let loose can just create complete havoc. A life is just a permutation and combination of the amount of importance a person gives to each. While in perfect love stories about 90 percent of the content is only related to the heart, in real life it’s otherwise, which brings me to the topic of this movie review. Manhattan. 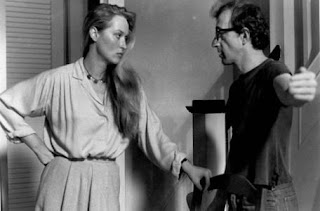 It is a Woody Allen movie. It has all the components of one, though Allen for a change is not completely neurotic and obsessed with death. The movie talks of relationships and how fragile they are. The story has Allen play the role of Isaac, who is a funny tv writer dating a 17 year old girl called Tracy (Mariel Hemingway). Though completely happy with her, he never really lets her in because he doesn’t see a future in the relationship and encourages her to date other boys. She on the other hand treats it like a full blown relationship. All the while his best friend Yale (Michael Murphy), starts having an affair with a woman Mary (Diane Keaton) and his ex-wife Jill (Meryl Streep looking absolutely beautiful) is in the process of writing a book about their failed marriage. The story is seen through the eyes of Isaac and how while he later gets involved with Mary, breaking up with Tracy using her age as an excuse for his own mind, he is at the end left alone and then runs back to Tracy who though still in love with him is moving to London. 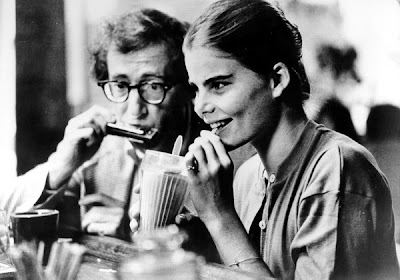 The movie is an absolute pleasure to watch. Mary’s character is of a woman who though highly intelligent and beautiful is nonetheless insecure about herself. She doesn’t believe in her own capability to be faithful or sane in a relationship. And Diane Keaton plays it perfectly. Isaac on the other hand, though completely happy with Tracy never really understands it till he is left alone, like it always happens. It’s a terribly relevant movie and extremely funny, because the more I look around i feel as if people guard themselves from a breakup which is not even on cards and in a way invite it over time.
Watch the movie for the pure pleasure of watching a good story being told by Allen through actors like Diane Keaton, Mariel Hemingway and Meryl Streep. And not to mention the beautiful cinematography which envelopes New York around the story, making you fall in love with the place. Manhattan has never looked so stunning.
Share karo yaar... tumhe filmon ki kasam