Having been fed ‘Amul Cheese’ since childhood, I always considered it to be a savory item to create the most wonderful sandwiches. But as I grew up I never really understood as to why the dessert ‘Cheesecake’ was called so. “They couldn’t possibly make a cake out of my favourite cheese dip?”, I thought. The idea made me shudder. Of course, the truth was far from this. Cheese, soon I found out had many forms and was not just restricted to the Processed Cheese that I was so used to. Hundreds of different types of cheese exist all over the world, differentiated not only by their taste but also their origin, milk source, texture, age and much more. Our very own Rasgulla is also made from an Indian Cheese called Paneer or Chhenna.
Two popular desserts which use Cheese as a core ingredient are ‘Cheesecake’ and ‘Tiramisu’. Tiramisu is an Italian dessert which literally translates to ‘Pick me up’. While the phrase may refer to the feeling one has at seeing it on the dessert counter, the dessert itself does live up to its name. Somewhat like curry, the ingredients of this dessert are all mixed together in a bowl, and refrigerated overnight to allow the flavours to come together in your mouth.
The dessert itself is very simple, with no heating or baking involved. It is made by layering ‘ladyfingers’ (sponge cakes roughly shaped like a large finger) which are drenched in coffee and rum mix, along with a custard made of Mascarpone cheese, eggs, sugar and vanilla. Mascarpone cheese is an Italian cheese made from cream, coagulated with acid. It is very rich in flavour and smooth in texture.
Another dessert which has a very obvious use of Cheese is of course the ‘Cheesecake’. Believed to have originated in Greece, today many countries have their signature, the most famous being the New York Cheesecake made from Cream Cheese. As the name suggests, Cheesecake is a cake made out of a cheese mixture which is either baked or chilled on a crust of crushed biscuits (such as a graham cracker crust). Eggs, egg yolk, flour, sugar and vanilla are used to create the cake mix along with additions such as lemon rind, fruits, fruit sauce, chocolate, and caramel among others to give it a distinct flavor. With only limited or no use of flour, it is not spongy like most cakes but instead is extremely creamy in texture as well as taste, deriving most of its flavour from the cheese. Some of the other varieties of the Cheesecake include, the ‘Italian cheesecake’ using Ricotta cheese, the Greek using Feta cheese, the French with Neufchâtel cheese and the German with Cottage cheese.
Here’s a peek into the popular varieties of Cheese used across the globe along with their use: 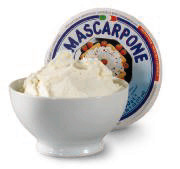 Mascarpone – Milky white in color and easily spread. It is a main ingredient of the Italian dessert Tiramisu.

Sour Cream – It is used as the base for some creamy salad dressings and also used in baking, added to the mix for cakes, cookies, doughnuts and scones.

Cream Cheese – A soft, mild-tasting, white cheese. Used as a spread on bread, bagels, crackers and can be used in Cheesecakes and salads. 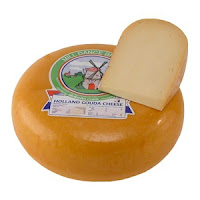 Gouda – An orange cheese made from cow’s milk and is soaked in a brine (salt) solution, to give it and its rind a distinctive taste. It is named after the city of Gouda in the Netherlands. Used in fondue, salads and fruit pairings. 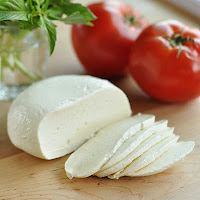 Mozzarella – A semi-soft cheese, used for pizza and several pasta dishes, such as lasagna.

Ricotta – It is made from milk whey left over from the production of cheese. It is a component of many Italian desserts, such as Cheesecakes and Cannoli.

Blue cheese – Cheese that have cultures of the mold Penicillium added so that the final product is spotted throughout with blue, blue-gray or blue-green mold. Used for cheese and fruit pairings.