Anil Kapoor has brought up two really fashionable daughters. And while one has very successfully given all the designer labels she could manage to put in one film the other one is in  her la la land thinking that ‘being fashionable’ would get her a career as an actress.
As is well known, the movie is an adaptation of the book ‘Emma’. Sonam plays Aisha Kapoor, a super rich high society brat who meddles with other people’s lives and spends her time in either designer shops or designer salons. She doesn’t have a job but has many ‘shouks’ (small time likings) like animal rights, sketching, wedding planning and many others. She is joined by her best friend Pinky Bose (Ira Dubey) who is a sarcastic, non meddling version of Aisha. Arjun (Abhay Deol) is Aisha’s neighbour who is mostly busy either working or making fun of her. The story starts off when Aisha picks up a girl Shefali (Amrita Puri) and decided to help the bechari by fixing her up with a rich loser Randhir (Cyrus Sahukar) who she thinks is not good enough for her but will be perfect for the behenji types Shefali. Thus the ‘Lo’real’ sponsored makeover. Other things follow which I don’t even feel like bringing out because I am assuming either everyone has read the book or seen one of the many Emma adaptations, the most famous being ‘Clueless’ starring Alicia Silverstone.
Now comes the good part. Aisha, is a movie with a lot of potential. It has everything that a movie could ask for except for a good lead which would turn the movie around and actually make the lead something extraordinary. And you need a good lead considering that movie is called ‘Aisha’. But Sonam Kapoor fails at it so badly that she takes the entire movie down with her. She can speak Hindi but that by no means counts for acting. Her lines are flat with no impact, so much so that you never even feel her pain when she is abandoned by all her friends. Also, tone down the designer wear man! It’s hard to keep your mind focussed on the problems of the characters if all you see are expensive dresses in every frame of the movie. The production value if very high but the director Rajshree Ojha needs to know that a movie is different from a fashion show.
The biggest mistake of the movie is that Aisha comes across as a character who I would slap if anyone would meet her in real life. There is nothing lovable about her. While she is supposed to be vain and clueless in life, she still has this quality that makes the audience like her and forgive her for her mistakes. But in ‘Aisha’ you don’t feel an iota of sympathy or love for the character. What I really feel bad about is the rest of the cast and the crew who have done a fabulous job. Abhay Deol is very good as Arjun. He is subtle and yet strong when required to be, and lights up the screen. Ira Dubey and Cyrus are great. While Ira plays the sarcastic, uncaring but lonely girl to the hilt, Cyrus just is perfect as the ‘Mithai shop’ heir of India. Makes you remember the rich Dilli ke munde. But the one person who should get a round of applause is Amrita Puri. As Shefali, a middle class girl from Bahadurgarh, she plays a typical BTM (behenji turned mod) in the movie but with so much zing that you wish that she was playing the title role. Would have done the movie wonders. Lisa Hayden and Arunoday Singh, as Aarti and Dhruv, have nothing much to do but to roam around looking hot. Literally. 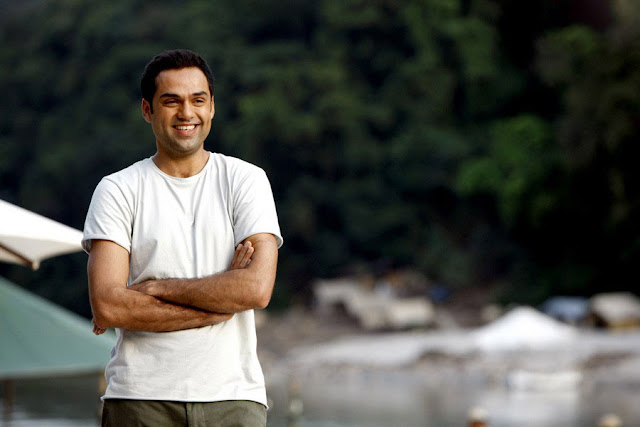 A. Sreekar Prasad does a crappy job at editing the movie. It could have been made much smaller and somehow the scenes are prolonged for more than they are required to be. The music by Amit Trivedi is fresh but is not used properly. It is reduced to the background score by the director in an attempt to give the movie a westernised look. And finally Rajshree Ojha, the director. Does she have potential? Yes, I would say. But she would need to understand that movie making is about the dialogues and the impact of the dialogues too. Just because you have a script doesn’t mean that the job is done. The adapted screenplay and dialogues by Devika Bhagat, are average.
All in all, Aisha is a 2 and a half hour long fashion show. The showstopper, though should have been different!
Share karo yaar... tumhe filmon ki kasam