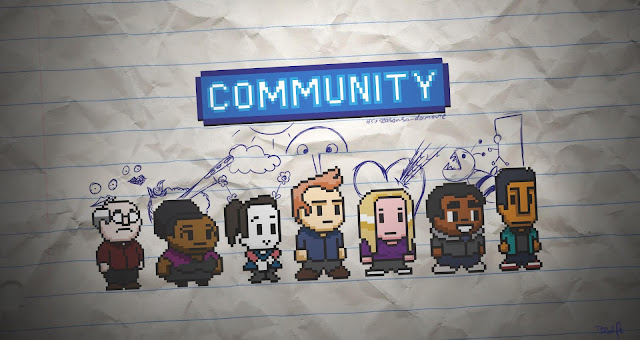 I have wanted to write about ‘Community’ for a long time now.  My only problem is that there is so too much to write about. And if I actually put every thought on a word doc the resultant would be detailed 20 pages and not a blog post. 3 seasons, 71 episodes and none that I can call even remotely average, makes ‘Community’ a must watch. Why must you watch ‘Community’? Because you simply must. Everything is brilliant. Everyone is hilarious. Especially the writers. And every episode is filled with so much irony and pop culture that I truly believe that it will transcend time. It may be have been snubbed by awards, but if history is anything to go by, if you are not receiving awards, you are either average or beyond brilliant. This one of course, falls in the latter category.

Set at Greendale Community College, it opens with Jeff, a suspended lawyer, inviting a former political activist Britta to a fictional Spanish study group in order to seduce her. However, Britta invites Abed, a pop-culture-obsessed Palestinian-Polish student, who in turn invites Troy, a former high school star quarterback who lost his scholarship, Annie, a compulsive over-achiever who developed an Adderall addiction, Shirley, a newly divorced mother and vocal Christian and Pierce, a bored millionaire. And thus the study group becomes real.

The community college also includes many colourful characters like that of its flamboyant Dean Craig Pelton, who desperately wants his school to be more like a real university. But the one person who truly takes the cake is Ben Chang, an extremely unhinged man, who goes from being the Spanish teacher to becoming a student and later a security officer for the school.

Show creator Dan Harmon, manages to create characters and situations which make your eyes pop with wonder. One the biggest triumphs of the show is of course the Bromance of Troy and Abed. The film nerd and the football star, together create moments of true genius. Fictional TV show, special handshakes, blanket forts, leading the blanket fort vs. pillow fort war, hypothetical adventures in a ‘Dreamatorium‘ or simply rapping together in the Glee parody episode. Five minutes with them and you will feel bored of your own best friend. But this is no ‘Friends’ and they are thankfully not Chandler and Joey. Unlike most sitcoms, here Troy and Abed have chemistry with every other character in the show.

Abed on his own, can be called the true outsider of the group, which otherwise is quite self-centered often getting into competitions, fights and ridiculous arguments on everything from lifestyle to subject choice. He is the human depiction of irony for the show, using his weakness to connect emotionally to give us the unbiased peek into the other characters’ and their struggles. And he is hilarious. Watch him as the ‘post post-modern Jesus’ in a student film directed by him and you would not be able to eat without choking.


I wish I could keep talking about Troy and Abed, but this show, fortunately for us has too many gems. Jeff and Britta, blonde and beautiful, are the most easy to be typecast on the basis of their looks, but the most fragile egos of the group are anything but that. Highly vain and unconventionally conventional, they are the two extremes of this world, if you can understand the irony. And while together they create the most absurd of arguments, they also make the most entertaining coupling with Shirley, Troy and Annie.

The compulsive, competitive nature of Annie, combined with her young age actually makes her the most somewhat normal person in the group. Her associations with the others often bring about real emotions in others, including the diabolical Pierce. Even if you put aside the romantic connotations (Jeff-Britta, Annie-Troy, Jeff- Annie, Annie-Jeff, Troy-Britta) which often make for friction, this is only but a minor part of the series. It deals with not just conflicts of the characters but also makes a statement about the general state of humanity. 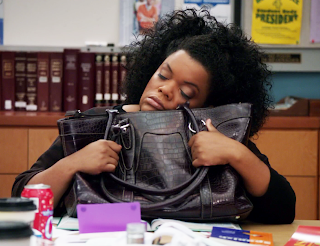 Pierce and Shirley add another dimension to this ridiculous group, using age and experience to their disadvantage, finding that they are not as cool as the rest.


Put the obviously agnostic Britta along with a pious Christian Shirley and you have funny written all over it. But despite that Shirley is also able to swear and beat Jeff at a game of foosball, which makes him look like a wuss in comparison.


Pierce on the other hand, brings to the table a quality of unpredictability. Changing the meaning of the word villain, he is a rare combination of mean, confident and lame. And unlike the others he can hardly be described in words and can only be experienced on screen. My favourite episode with his is the one with his extra-racist father at a Gay parade party, which shows his usually confident character break down like a cookie. Hilarious!
Two members outside of the group who deserve 1000 words each are of course, Ben Chang and Dean Pelton. Chang who starts off as a Spanish teacher in the college is the one character who takes the word insane and triples its effect. If you don’t know what I may be taking about then just watch him dance with Pierce and Troy dressed as women or act like a ‘responsible’ father figure by reading newspaper or a delusional security guard who thinks he is the Police or the dictator, who takes over the college with the help of children security guards. Chang is exceptionally bizarre! Dean Pelton, on the other hand is a more obvious kind of ridiculous with his over-the-top costumes and the scary obsession with the study group, especially Jeff.

There is much, much, much more to write but from what I hear, length decreases the impact of an article. So instead of writing everything that I love so much about the show, I am choosing some of my favourite visuals to depict the ingenious absurdity of the show. Check them out: 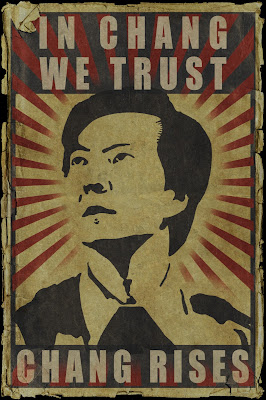 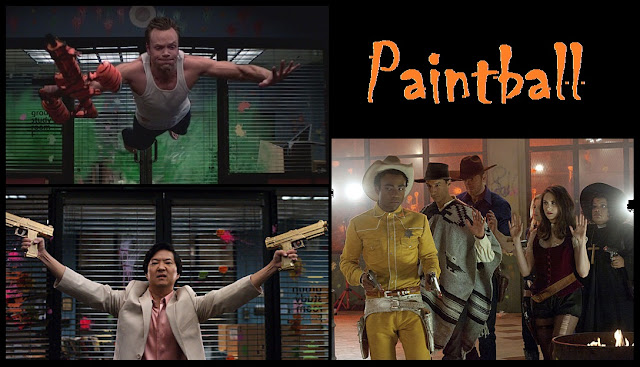 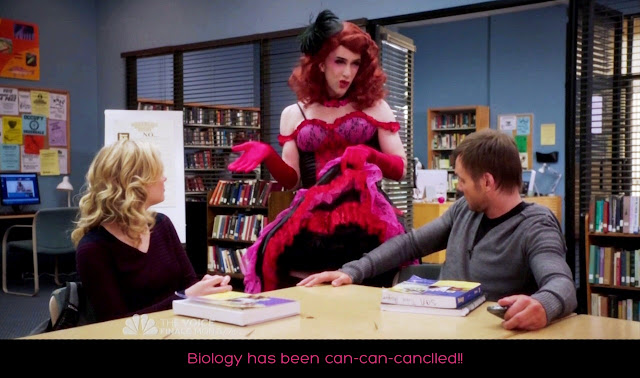